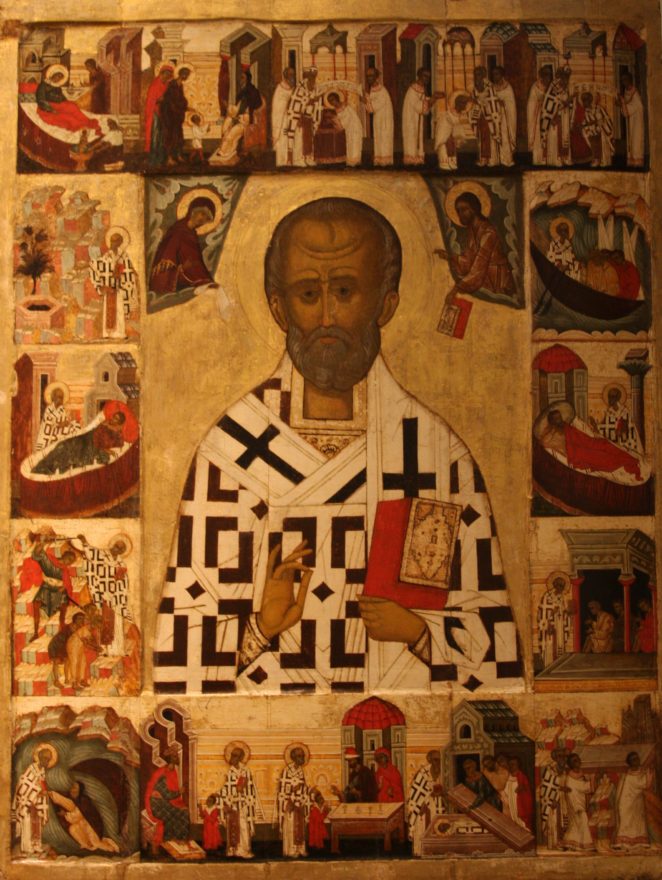 6th December is the saint’s day for someone that everybody in the western world has heard of, but under a corrupted form of his name.

Nicholas was born in about the year 300 in Patara on the south-west coast of what is now Turkey. He converted to Christianity and became bishop of Myra, which is not far from Patara. He was imprisoned during the widespread persecution of Christians under Emperor Diocletian but was released when Emperor Constantine became a Christian and ordered all persecutions to stop.

Nicholas was noted for his saintly deeds, and various legends grew up around him in later years.

One story that could well be true is that he prevented the execution of three innocent men after the governor of Myra had taken a bribe to have them condemned. Nicholas is said to have shamed the governor into begging for forgiveness. 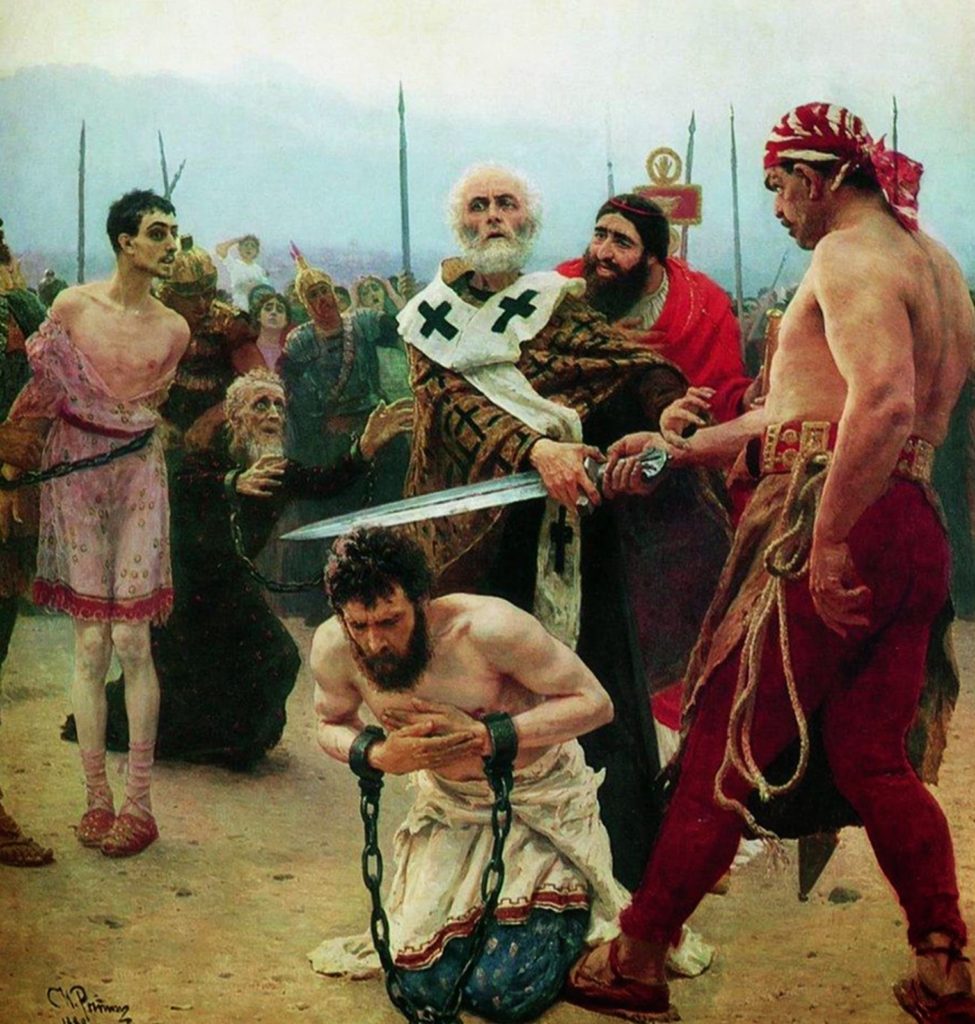 A less likely story is that he brought back to life three children whom a local butcher had killed and cut up ready to sell as spring lamb.

A story that was to have later consequences involved Nicholas saving three sisters from having to sell themselves into prostitution by dropping bags of gold coins down their chimney so that the money landed in the stockings that had been hung by the fireplace to dry.

After his death, on 6th December 343, a cult grew up around Saint Nicholas that spread across Europe. He was depicted as having a full white beard and wearing red bishop’s robes. The cult died down in most places as the centuries passed, but not in Holland, where Saint Nicholas (or Sinter Klaas) continued to be revered. Dutch settlers took the legend with them when they emigrated to the New World and established New Amsterdam (now New York).

Sinter Klaas, together with his white beard and red robe, has been doing the rounds ever since, including dropping gold coins (now made of chocolate) down chimneys and into stockings!