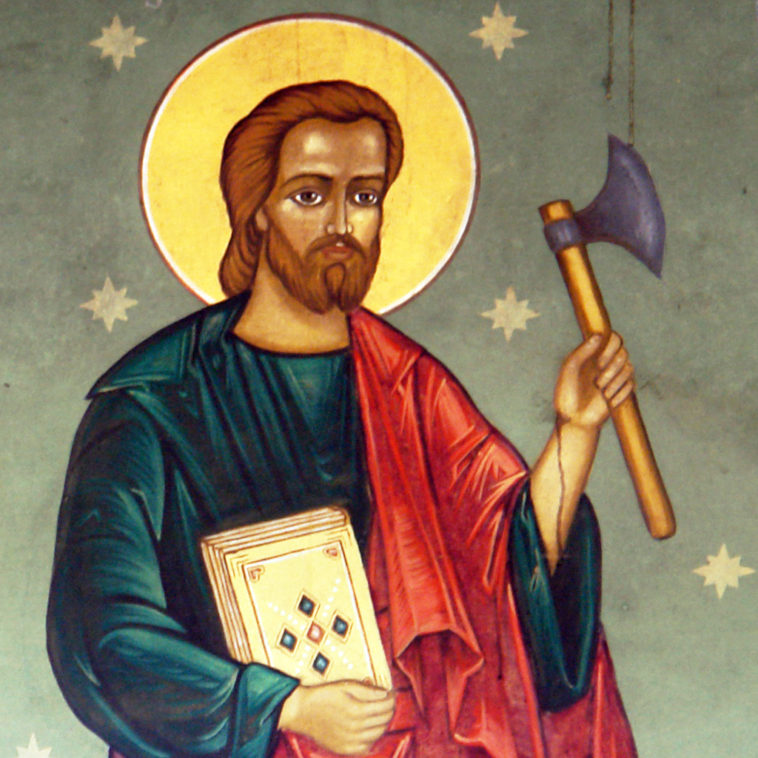 Boniface was born in England sometime around the year 680. He entered a Benedictine monastery and was commissioned by the pope to evangelize the pagans who lived in the area now known as Germany. Under the protection of Frankish ruler Charles Martel, Boniface went throughout the land, first as a priest, later as a bishop, spreading the Gospel. He went to areas which had been previously evangelized to strengthen the believers but also to areas which had never heard the truth.

On one of his journeys, Boniface had an encounter with a pagan culture which led to the practice of the Christmas tree.

Some time around the year 723, Boniface was traveling through Lower Hesse with a small group of companions. Near the town of Geismar lived a group of pagans who offered a human sacrifice each year, usually a child, to Thor, the god of thunder. Boniface was in the area in mid-winter when the sacrifice traditionally took place.

The ritual took place at the base of a tree which was known as the Thunder Oak and Boniface arrived there just as the child was being laid out for the sacrifice. He held out his bishop’s crozier (staff) just as the hammer was descending on the child. Not only was the hammer stopped, it broke into pieces.

Boniface then told those gathered for the sacrifice about Jesus and how their pagan gods and goddesses were nothing in comparison. Then he told them that he was going to destroy the Thunder Oak. He took an axe and, as he swung it at the tree, a strong wind uprooted the it, breaking it into four pieces. The wood was used to build a chapel.

Next to where the Thunder Oak had stood was a small evergreen tree. Boniface told the crowd that this little tree, the young child of the forest, would be their new holy tree. He called it the tree of the Christ child and they were to gather around it in their homes and share gifts and acts of kindness.

The custom spread throughout Germany and has continued to the present day.