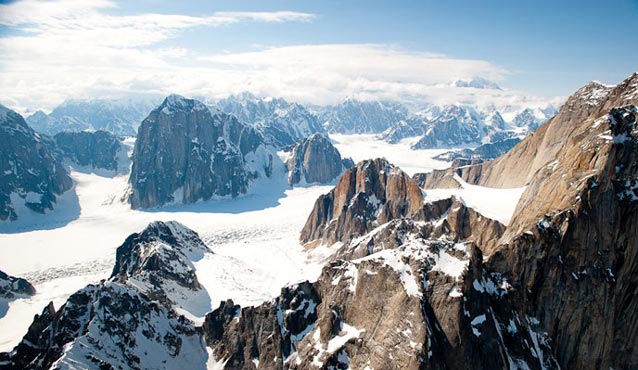 On 30th March 1867 William Seward, the American Secretary of State, completed the purchase of a parcel of land that was seven times the size of Great Britain. He committed the expenditure of $7.2 million, which many people at the time thought was a complete waste of money, especially as the land in question comprised a vast frozen wilderness. That was why the deal was known by some as “Seward’s Folly”.

The seller was Russia, and the tract of land is what is now the State of Alaska, although it only acquired this status in 1959, after nearly a century of merely being an American territory. Comprising nearly 600,000 square miles, Alaska is easily the largest State of the Union, being twice the size of Texas, although its population, at around 600,000 – one per square mile – is the smallest of any state.

On the face of it, one can see why Seward’s Folly might have been well named at the time. This mountainous, icy land is not suitable for agriculture and – at the time of the purchase – there were no known mineral deposits that were ripe for exploitation. Even though the price worked out at two cents an acre, it hardly seemed to be a bargain.

The reasons for the purchase had much more to do with international politics than with economic concerns. Russia was keen to sell Alaska because it feared its capture by Great Britain in any future conflict. This would have been entirely possible, given the British presence in what are now the Northwest Territories of Canada. Were Britain to capture Alaska, Russia would have a potential enemy to the east as well as the west.

From the American perspective, keeping the British in check was also a sound move. If Alaska was American, then British Canada would be constrained by American territory on both sides.

As things turned out, William Seward’s purchase was also a good move in economic terms. Modern Alaska has huge fishing and timber industries, but its main asset, which meant absolutely nothing back in 1867, is oil. It has been estimated that the value of the oil lying underneath Alaska equates to $1 million per inhabitant, although all sorts of environmental issues arise in terms of how that value might be realized.

Had William Seward invested his $7.2 million at 5 per cent, it would be worth around $7 billion today. That sounds like very small beer compared with the $600 billion of Alaska’s potential oil wealth.