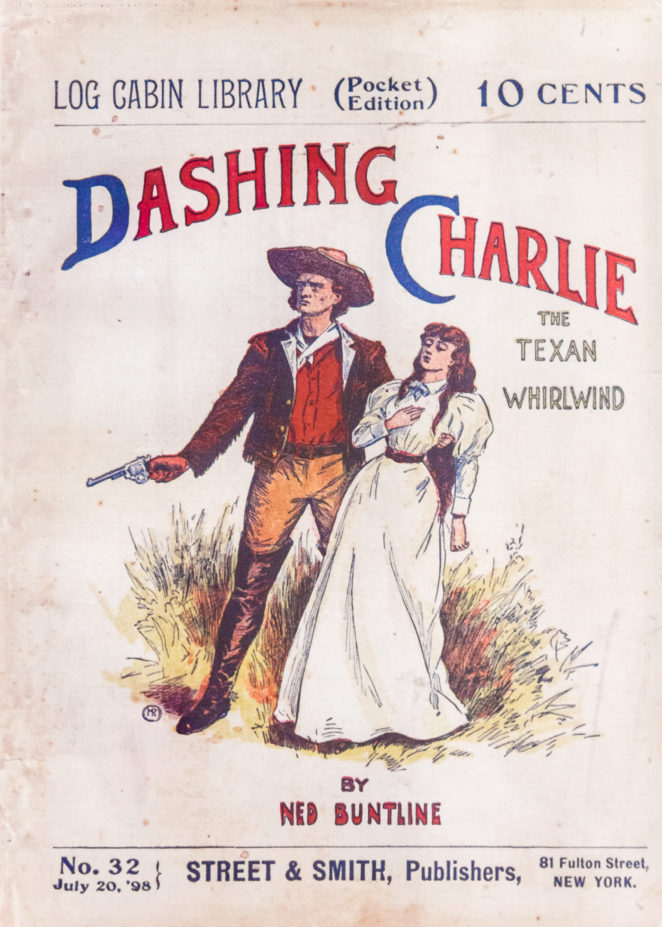 Who the heck is Ned Buntline? When canoeing in the Adirondacks and exploring the water routes you can come across “Eagle’s Nest” on Eagle Lake just before entering Blue Mountain Lake on the Marion River. In the 1800’s Ned Buntline had a camp on Eagle Lake named “Eagle’s Nest” and he decided all the surrounding area was his too and would come out in Indian attire and fire his gun to run off anyone that came around fishing on the water or hunting.

Ned Buntline (born Edward Judson) was actually a fairly rich dime novel millionaire that wrote in magazine and thin books about adventures all over including the Wild West. He was a colorful character that helped get William Cody (Buffalo Bill) started in the wild West business by having him in one of his plays about the West that they both starred in.  He also later was grateful to famous persons out West for using them in his line of books and had a “Buntline Special” Colt revolver made with a 12-16″ barrel and removable shoulder stock and presented to Wyatt Earp and Bat Masterson and three others by Ned himself.  He had “NED” engraved in the handles to make sure they knew who they came from. Ned Buntline had even fought in the Civil War, done time in jail for instigating a riot, and been a sailor for the Navy.