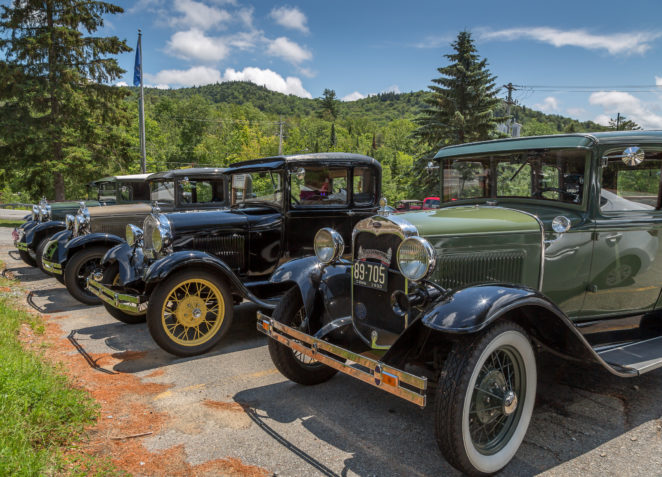 If you are ever driving through the Adirondacks on the North side near Blue Mountain Lake, you have to stop by and see the Adirondack Guideboat Musuem (now called the Adirondack Experience). Outside the Adirondack Museum there were parked many many antique Ford Cars having a meeting. Most were from out of state and had license plates from 1930. It looked like time was turned back to the early part of the last century.