It is always a fascinating experience to go on a trip to your country and realize that you still have plenty of extraordinary things to discover. That is how I felt when I went on a journey which allowed, among other interesting areas, to explore the magnificent Sibiu county, which is part of Transylvania and it has a lot of places worth visiting.

One of the most stunning cultural experiences a traveller can live on a Transylvanian journey is represented by a visit to at least one of the fortified churches which can be found in the counties of Sibiu, Brasov, Alba, Harghita and Mures. I had the chance to discover such a relatively hidden gem on the road between the cities of Sibiu and Medias when I made an unplanned stop in the village of Axente Sever, approximately 11 km away from Medias.

The village of Axente Sever, which has been called Fraua or Frauendorf in German until 1931, when it was given the name of Ioan Axente Sever, a Romanian scholar and politician who was actively involved in the revolution of 1848, boasts a true architectural treasure: a restored fortified evangelical church. 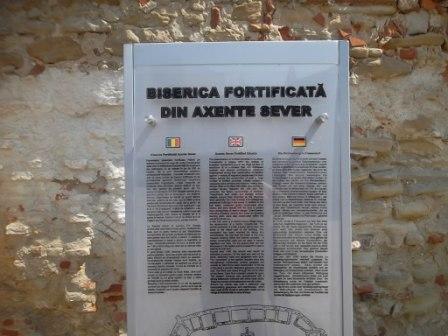 The massive circular walls surrounding the church show how important its role was in defending the community in case of an invasion. Of course, now that it isn’t the case of worrying about invaders anymore, those who pass beyond the main gate are welcomed this impressive cultural and religious site. After entering the churchyard the first thing you can do, or at least that’s what I did, is to stop for a minute and admire the church built in Gothic Style.You will definitely be impressed when hearing that the first mentions of this archaeological monument date from 1322. It bears the marks of its 700 years of history, but thanks to those who made significant efforts for its restoration it has a fresh look. After admiring the exterior I went to the interior of the religious sanctuary, which bears the characteristic of an Evangelical church. 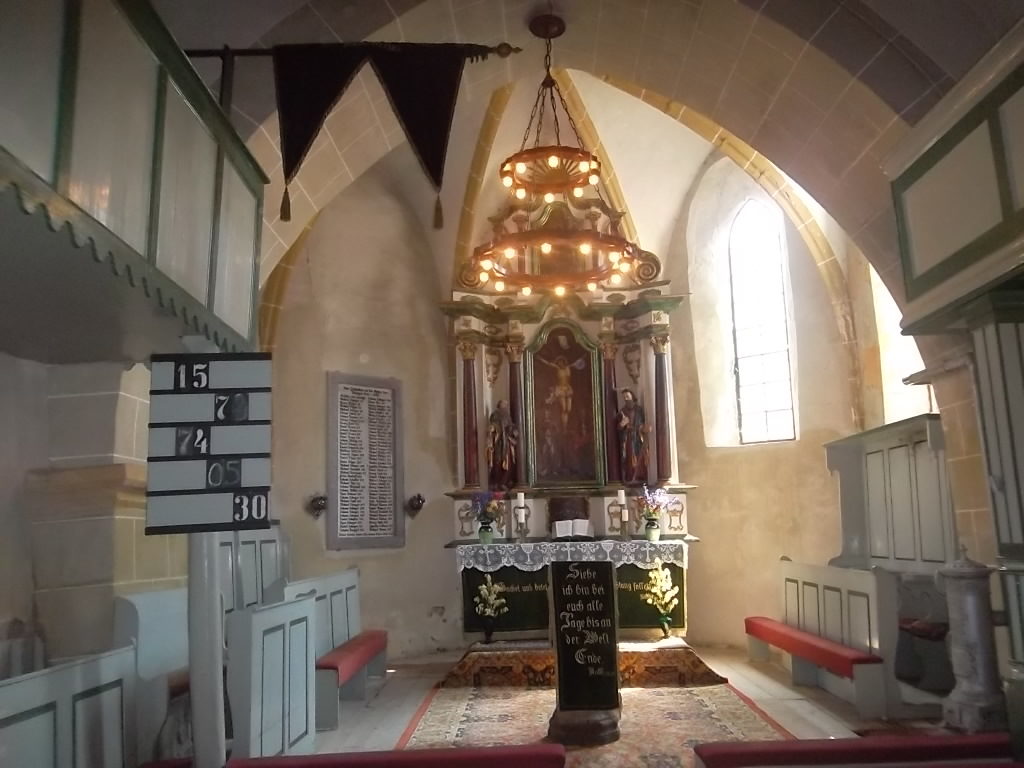 From the inside of the church it is possible to go higher to the defense tower, and in order to do you must pass through the church still and climb a few rather steep stairs that will turn your exploration of the tower into a little adventure, but if you are focused you won’t fall off those stairs! On your road to the top, you can stop by the church bell and take your time to think about how old this amazing place. 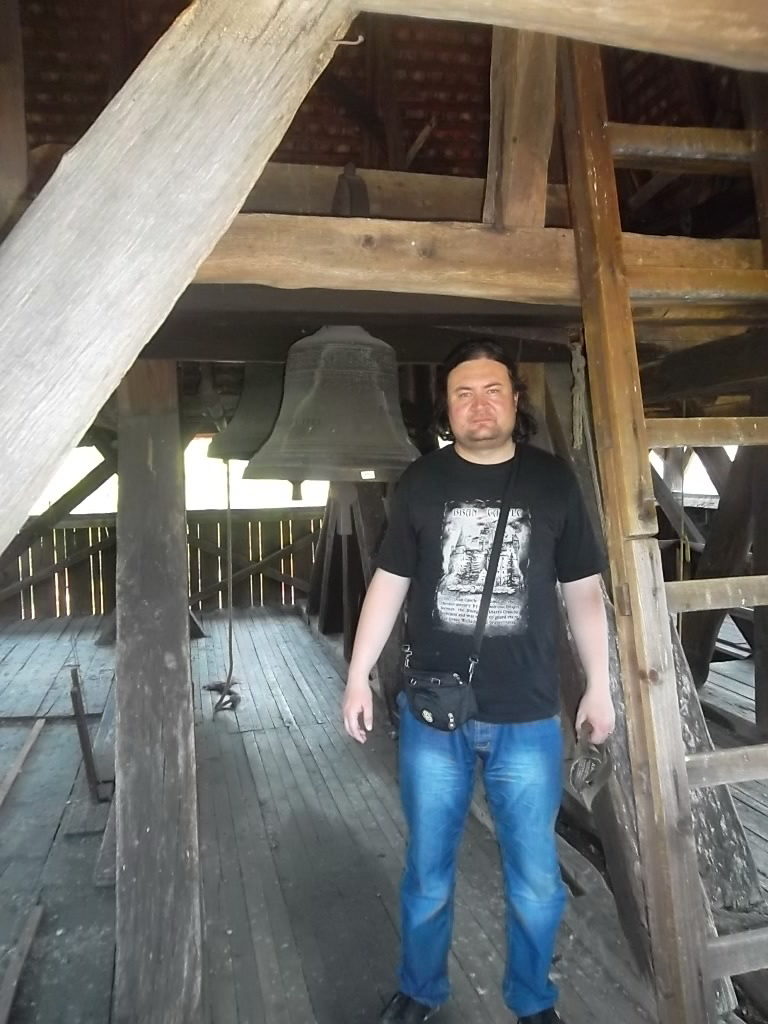 Once you’re on top of the tower you can admire the beautiful view of the entire village and the surrounding hills. After going down on those steep stairs, which obviously requires even more attention than going up, it was time to explore the museum which can be found in the rooms built within the city walls.

You will find there all the information you need about the history of the church and you can admire traditional costumes, pottery objects and other artefacts which illustrate the lifestyle and customs of the inhabitants of the area. 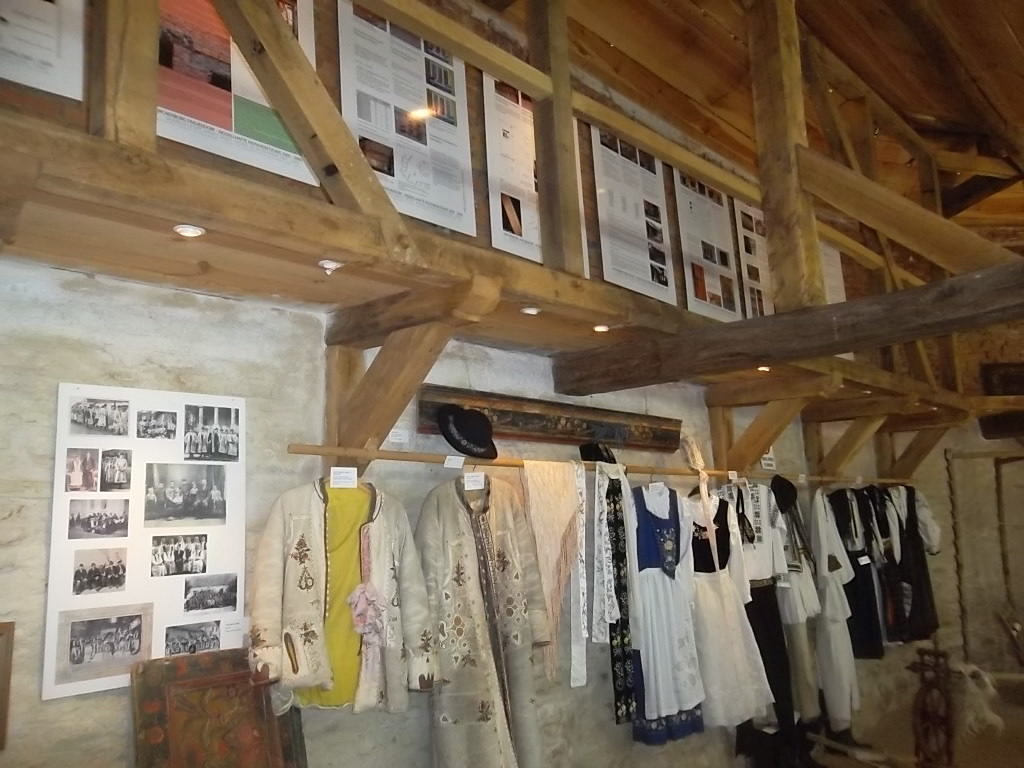 When I visited the church our guide told us that there were only five people of German origin left in the village. They are the last remaining descendants of the colonists who founded Frauendorf centuries ago, but the cultural and spiritual legacy will obviously not disappear. 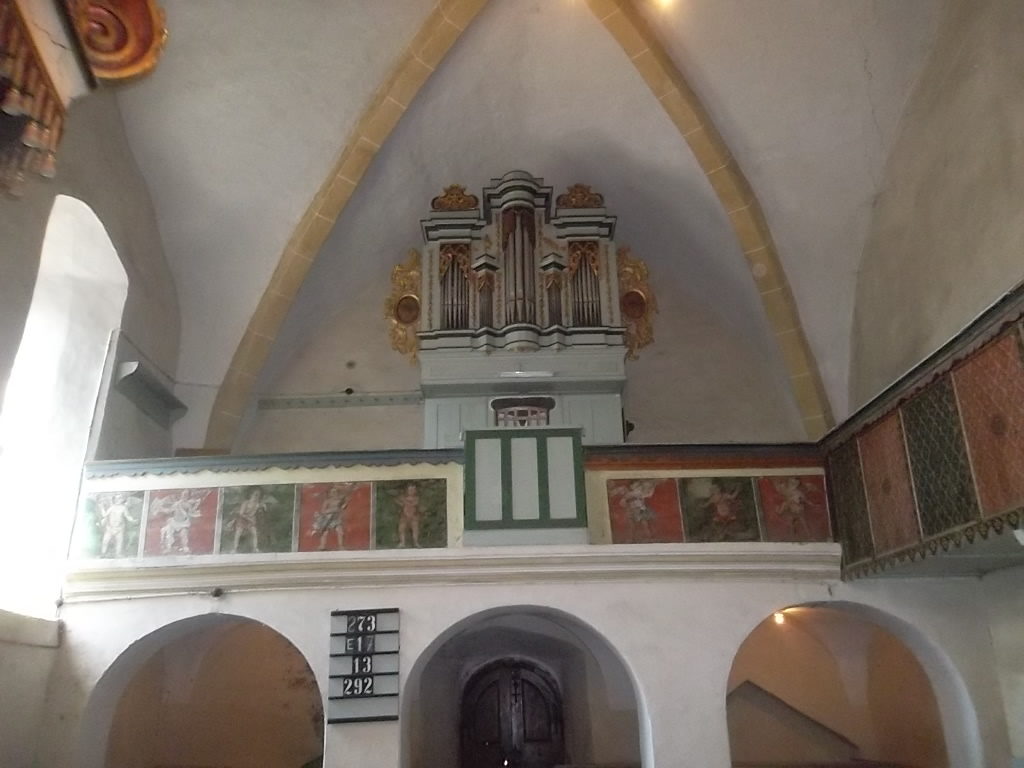 Thanks to the effort of some enthusiastic people, the Axente Sever/Frauendorf medieval church will continue to impress to fascinate those who cross its threshold for many years to come, and it is just one of the exquisite fortified churches that can be found throughout Transylvania!

All photos are mine.