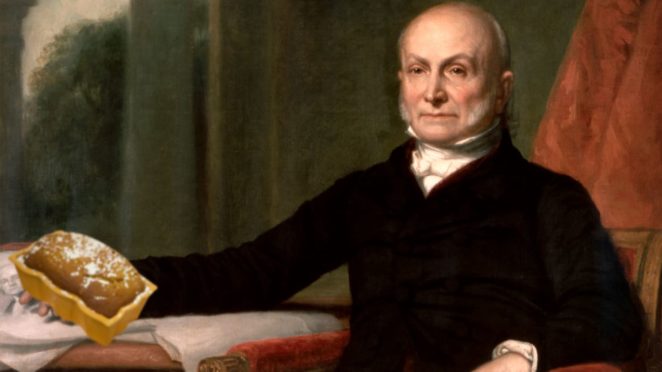 John Quincy Adams liked to swim. During his time there was no swimming pool in the White House so swimming meant finding a lake, pond or river to take a dip. There were also no bathing suits. Swimming meant skinny-dipping. One day while out on a walk, Adams felt like taking a dip in the Potomac River. He stripped down and jumped in.

Anne Royall’s grave. Unfortunately there are no pictures of her around.

There was no Secret Service or anything similar at the time. Adams was by himself, or so he thought. He had been noticed by a newspaper reporter named Anne Royall. Royall sat down on Adams’ clothes and refused to give them to him until he granted her an interview. Adams had no choice but to give her the interview, the first time a president had ever given an interview to a female reporter.