Constantine was one of the most influential of all the emperors of Rome. His reign marked a definite turning point in the history of the empire, which would never be the same again. He must also be counted as the last “great” emperor of Rome. Nobody who followed was of anything like the same quality.

That is not to say that Constantine was a perfect emperor – far from it. He was an enigmatic character who is very difficult to assess. He may have been the first emperor who became a Christian, but he did not always behave in what most people would regard as a “Christian” way. Indeed, he was capable of great cruelty at the same time as displaying tolerance and acting wisely. His actions can also be seen as making the eventual fall of the western empire inevitable.

Constantine was born in (probably) 275 in Naissus, which is modern Nis in Serbia. His father was Constantius, who would become one of the four co-emperors known as the Tetrarchs who divided the empire between them at the behest, and under the control, of Emperor Diocletian. Constantius took on this role in 305, having control over Gaul and Britannia. 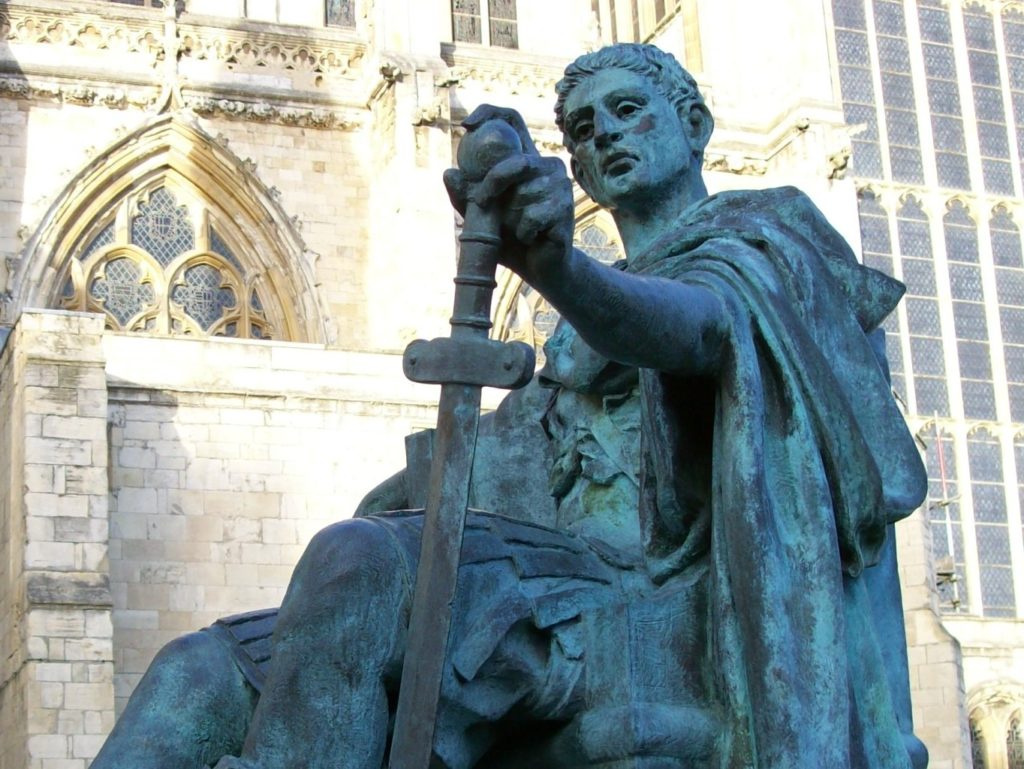 When Constantius went to Britannia in 306 to sort out a local uprising he took Constantine with him, which meant that when he died at Eboracum (York) in July 306 the army was only too ready to proclaim Constantine as his successor, although the job should have gone to the man who had been nominated for this role by Diocletian (Flavius Valerius Severus).

Constantine’s reign lasted for nearly 31 years, but it took 18 years for him to become sole emperor. Those years were a period both of sharing power and of eliminating his rivals.

They were also years of shifting loyalties, with the various would-be emperors working out where their best moves lay. The two main players at this stage were Maximian, who had been co-emperor with Diocletian and who been forced to retire from power at the same time that Diocletian did, and his son Maxentius.

Maxentius was able to get Constantine’s support for his own claim to be a co-emperor by giving Constantine his sister Fausta in marriage, despite her very young age – it would be nearly ten years before they started living together as husband and wife.

However, Maximian, who had always resented his forced retirement, tried to persuade Constantine to attack Maxentius, which Constantine was not prepared to do. Instead, Maximian tried to usurp his son by ripping the imperial robe off his shoulders. When Maxentius’s guard intervened, Maximian had no choice but to back off, after which he sought sanctuary with Constantine at Treveri (modern Trier on the border between Germany and Luxemburg).

This arrangement continued until 310 when Maximian tried to seize power when Constantine was away on campaign. The attempt failed and Maximian committed suicide.

Maxentius continued to be co-emperor in Rome, with control over Italy, Spain and Africa, despite the fact that his position was unofficial and another co-emperor, Licinius, was supposed to be doing that job.

In 312 Constantine took a big risk by deciding to challenge Maxentius head-on. It was at this point that Constantine appears to have had some sort of experience that convinced him to change his religious attitude. He was clearly a deeply pious person, but his devotion had up to now been towards Sol Invictus, the “Unconquered Sun”. This deity had its origins in Syria, and the cult of Sol Invictus had first come to Rome courtesy of Emperor Elagabalus, who had been the chief priest of the cult before unexpectedly becoming emperor. Worship of Sol Invictus lapsed after the fall of Elagabalus but had been re-introduced by Aurelian, who had made the cult one of the official Roman religions.

What exactly happened to Constantine, and when, is far from clear, mainly because later Christian writers were keen to see Constantine’s “conversion” as a major event in the history of Christianity and to treat it as something similar to St Paul’s vision on the road to Damascus. There are various stories, including that Constantine was visited by Jesus Christ in a dream and told to paint the “chi rho” symbol on his soldiers’ shields before going into battle. Another is that Constantine looked into the sky and saw the sign of the cross and the words “with this be victorious”.

A more likely explanation is that Constantine, seeking support from Sol Invictus, saw a phenomenon known as a “solar halo”, caused by sunlight being refracted by ice crystals in the upper atmosphere.

At all events, Constantine did not abandon his previous beliefs on the spot and suddenly become a Christian. It may well be that he saw Jesus Christ as Sol Invictus in another guise. When new coinage was issued later in his reign it was Sol Invictus who was portrayed alongside the emperor, and when a “day of rest” was instituted for the empire, it was “Sol Day” – Sunday – that was chosen.

What we do know is that Constantine began his campaign against Maxentius having placed his trust in the “Divine Mind”, although it is far from clear what he meant by this. We also know that he conducted the campaign with considerable skill and that he swept all before him after he entered Italy. It was not long before he reached Rome and waited for Maxentius to face him in battle.

The battle in question, fought at the Milvian Bridge across the River Tiber, was decisive. Whether or not Constantine’s men fought with Christian symbols on their shields, they were utterly victorious and Maxentius was among those who were killed. Constantine could now enter Rome in triumph. 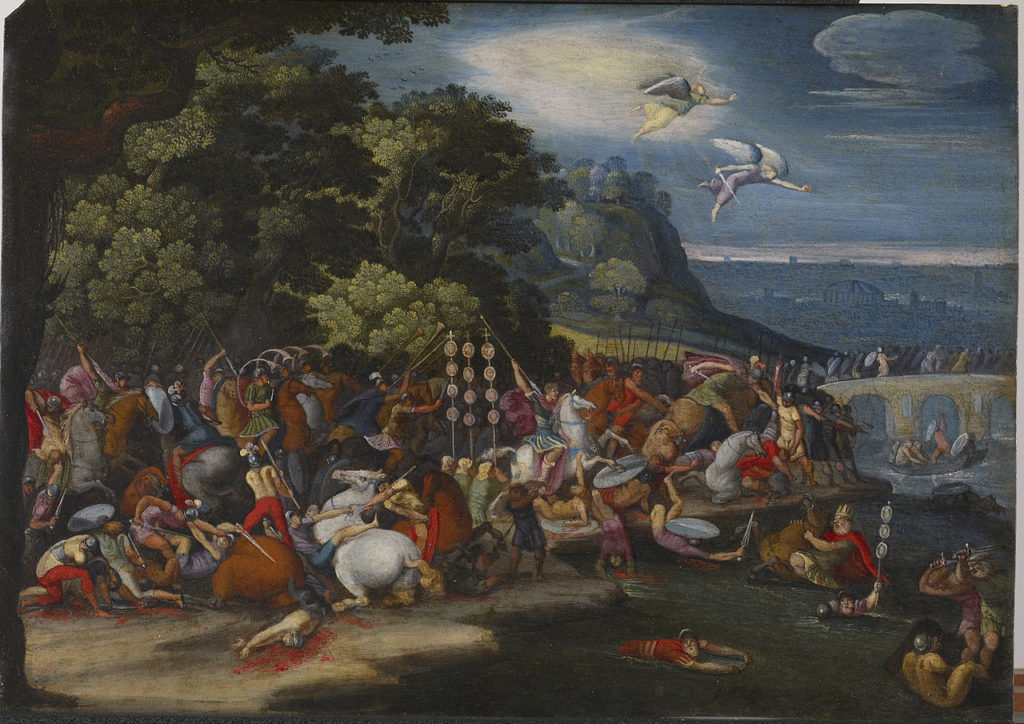 Constantine did not stay long in Rome and was soon on his way back north. He was well aware that his next challenge was likely to come from the fourth co-emperor, namely Maximinus, who had allied himself with Maxentius. Constantine met his own ally, Licinius, to whom he gave his half-sister Constantia in marriage. Licinius was clearly expected to deal with Maximinus.

That is what happened. Maximinus had crossed the Dardanelles with an army and met Licinius near Adrianople (west of modern Istanbul), where he was soundly beaten. Licinius chased his retreating force back into Turkey and caught up with them at Tarsus, where Maximinus committed suicide. The four tetrarchs were now down to two.