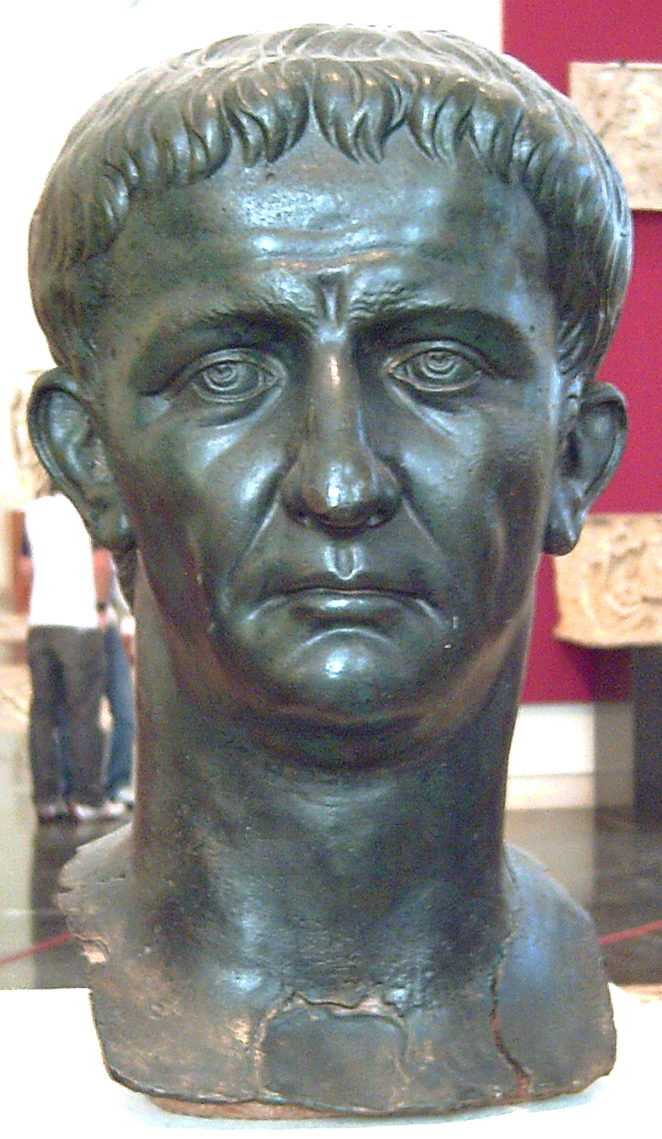 On the face of it, Claudius was one of the least suitable men to become Roman emperor, but on most counts he was far from being one of the worst. He had a special role in the history of Britain, as it was during his reign that the Roman Empire extended to Britain, and there are several aspects of Rome’s 400-year rule that have had an important influence down to the present day.

Born in 10 BC, Claudius was the younger son of Tiberius’s younger brother Drusus, who died when Claudius was only one year old. Despite being a member of the imperial household during the reigns of Augustus and Tiberius he was overlooked by both of them and given no role in government or the Army.

An important reason for this lack of attention was the fact that Claudius suffered from a condition, possibly cerebral palsy, that gave him a pronounced stammer and awkward manners that embarrassed other members of his family. He also limped badly from having a club foot.

Claudius therefore spent much of his time in scholarly pursuits, such as the study of history, and was rarely seen in public. He was more than happy to stay out of the limelight, and his more ambitious relatives were quite content to let him do so.

However, things changed when his nephew Caligula, having been emperor since 37 AD, was murdered by members of the Praetorian Guard in January 41 AD. The story that is usually told is that Claudius was found cowering behind a curtain by Caligula’s killers and dragged out to be made emperor, but the truth is probably not so dramatic. It is even possible that Claudius had foreknowledge of the plot and did nothing to stop it.

Claudius’s complete lack of political experience meant that he relied on others for advice. He distrusted the senatorial class and therefore turned to a number of former slaves, now freed, to help him administer the imperial household and the wider political machine. This proved to be a generally sound move in that the people he appointed knew what they were doing. One important project that they oversaw was the construction of a new port near Ostia, with a canal linking it to the River Tiber, that enabled grain shipments to be received throughout the year.

The invasion of Britain that took place in 43 AD was remarkably successful and, although Claudius had no hands-on role in making it happen, the kudos that it brought him was considerable. The problems that arose from administering such a large and diverse new province were ones that his successors would have to face. The victory prompted the Senate to bestow the title of “Britannicus” on Claudius, but he preferred to award it to his young son instead.

Although Claudius was generally successful in his choice of people to run the empire, the same cannot be said for his private life. At the time of his accession he was married to his third wife, having divorced the first two. Valeria Messalina was a thoroughly unsuitable choice. She was much younger than Claudius and had a succession of lovers with whom she carried on affairs in far from secretive ways. Eventually her behaviour enraged Claudius to the extent that he had her executed, along with several of her lovers.

Claudius made just as bad a choice with his fourth wife, who was his niece Agrippina (the sister of Caligula) whom he married in 49 AD. He needed to have the marital laws changed in order to make this possible. Agrippina had a son from the first of her two previous marriages, this being the 12 year old Nero. The following year she persuaded Claudius to adopt Nero, although this did not give him precedence over Claudius’s own son Britannicus, who was three years younger. Agrippina made sure that Nero was given every privilege and honour that was on the cards and, despite his young age, he soon wielded considerable power within the imperial household.

Agrippina was well aware that Britannicus could still succeed Claudius if he had reached the age of 14 at the time of his father’s death. The way to prevent this happening was for that event to take place while Britannicus was still too young, so in October 54 AD Agrippina took advantage of Claudius’s passion for mushrooms by feeding him some that were laced with poison. With Claudius dead, Nero was ready to take on the role, despite being only 16 years old.

(A medieval woodcut of scenes from the life of Agrippina, including the poisoning of Claudius)

Claudius had his faults as emperor, not least his refusal to trust the Senate with any degree of power. By surrounding himself with freed slaves as his advisors, Claudius made enemies of the senators. His own lack of political skill meant that he was unable to tell when the advice he received was in the public interest or that of the person offering the advice.

He was therefore generally weak as an emperor, but he did far less harm than either his predecessor or successor.