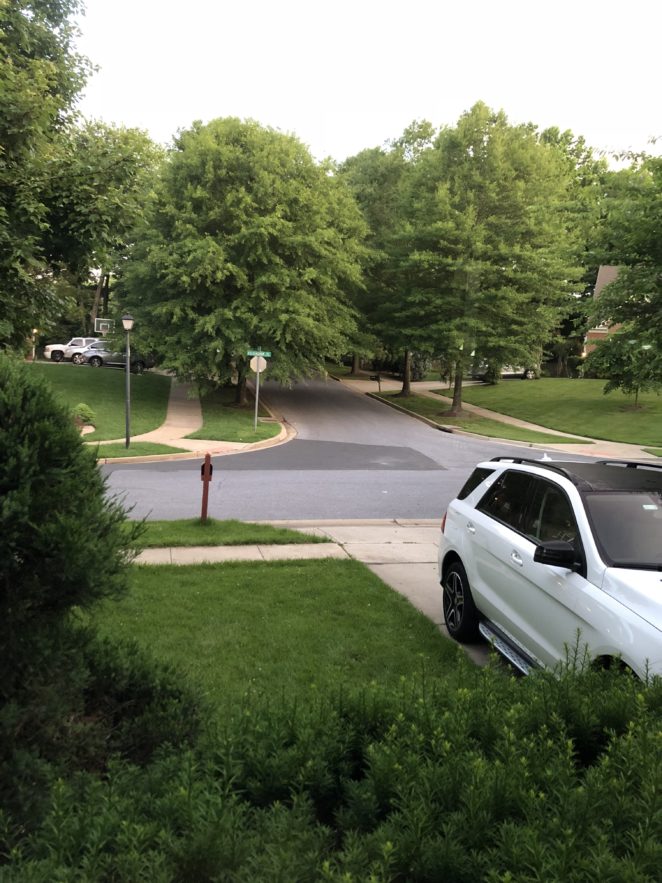 During the lost months of winter, I shared the front of our house with the grass covered by snow. Today, I was looking out the window at the expanse of green and decided to share the green instead of the white. There is something new about snow. It covers everything in a blanket of white. There becomes only one color, well if it is cold enough for the snow to stick. As a child I used to run around outside in the snow, trying to catch snowflakes with my tongue. The reality of the physics of that came to me later. I never said I was a smart kid. The prediction the night before of snow to come, meant the chance that there would be an unexpected day of no school. That fed me until I was 10.

At age ten my father said you are old enough, clear the driveway of snow. You have a day off, get it done. That ruined the free day for sure.

Anyone – can simply hop on the photo challenge train and ride it to 365.