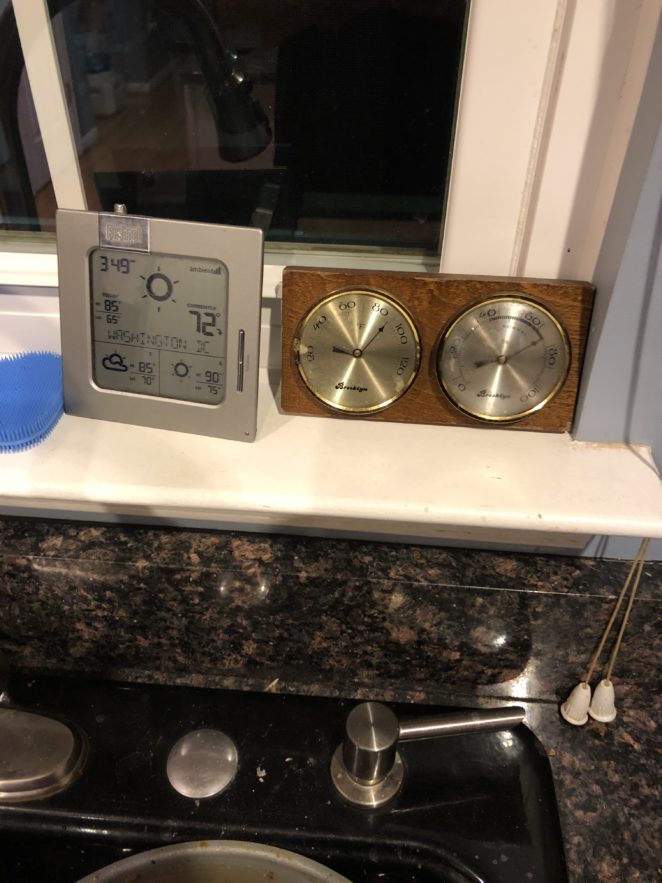 Not all the weather gear in our house is high tech. Some of it is older. In our kitchen, we have a really old weather system (a barometer) and a somewhat older radio broadcast weather system. The radio broadcast system or low band FM was created more than 30 years ago. Its original intent was weather data but for a time it was also used for pulse broadcast of information like news and updates. Now it is used primarily by weather receivers. There is an atomic clock pulse also included with the weather stream. The US Navy operates an atomic clock, and the low bandwidth FM network is one of many ways the update signal is sent from the atomic clock.

Not, that having a pulse from the atomic clock means you are on time. As one of my father’s friends once told me “when I started out late, I got there late.” The atomic clock pulse signal is also sent to the major cell phone carrier networks. Technically as long as you haven’t changed the settings your cellular phone should have the same signal as the various atomic clocks around the world.

Anyone can join the photo challenge! In fact, why not start today! As Mary Poppins said well begun is half done!