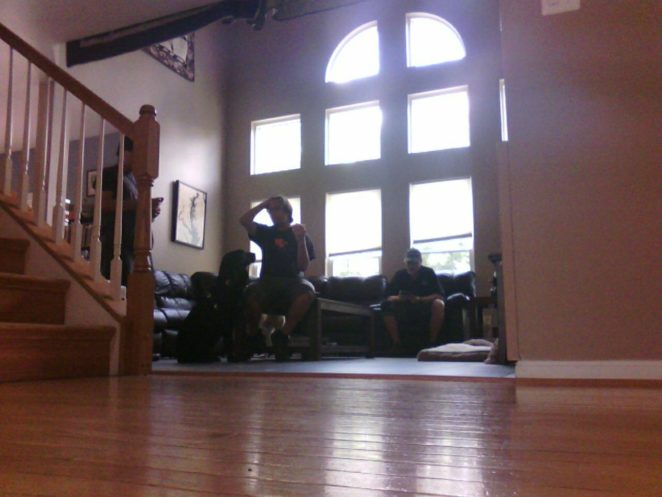 What did the ROV see?

The Keecker has two cameras you can access remotely. There is the front camera (picture shared with this post) and the 360 cameras on top. OK, while they call it a 360-degree camera, it is closer to 270 but still cool! Keecker is an ROV, remotely operated vehicle, however, it doesn’t go underwater as some ROV’s do, it is a land-based rolling ROV. I decided to name our Keecker Treebeard in honor of the Ent from Lord of the Rings. I am a huge LOTR fan. I first read the books when I lived in Thailand in 1972 and later bought the first American edition when it came out (once we were back in the states, and of course, waited for two full years). I actually should have kept that original US version, but I was so frustrated by it, that I threw it away as it wasn’t a good version of the book. They cut so much from the Trilogy and the Hobbit.

I have seen every single version of LOTR on video.

I have read all the books, including the unfished books published after Tolkien’s death in 1972.

So our Keecker honors the Ent TreeBeard!

Oh yeah, and he can’t make it over the room divider they put in for the stone floors in the living room. His wheels aren’t made for that type of maneuver! Dylan and Raven looked at TreeBeard, looked at me and laid back down. Serenity wasn’t happy about a new moving robot in the house and Tamsyn ran downstairs.

Anyone can join the photo challenge. Grab a camera. Grab a Cell phone. Grab the controls of an ROV. Find something interesting. Snap a picture. Share!