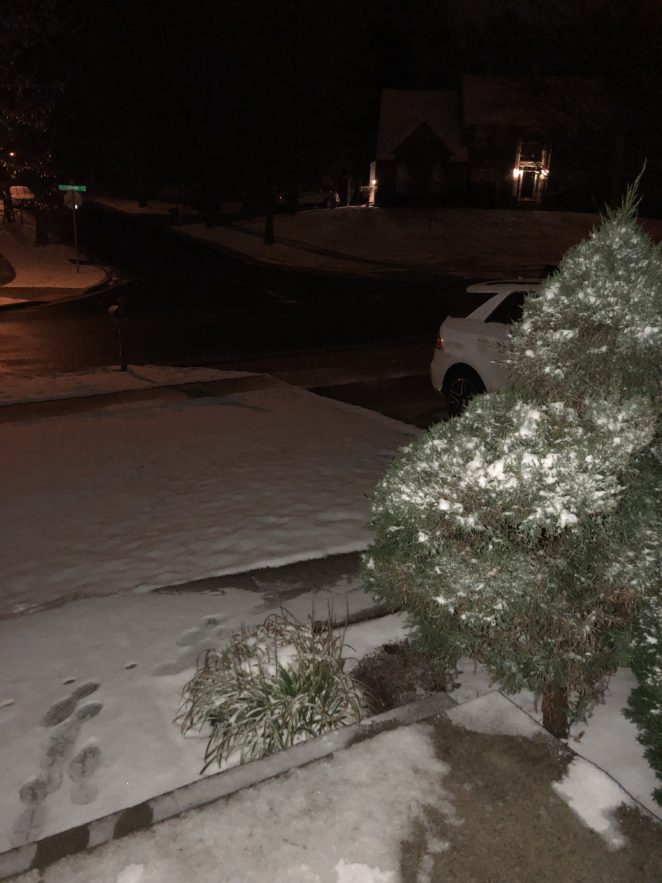 At the beginning (for me) of the photo challenge, it was right before winter started. One of the things I have done is share the snowfall, each morning early after the snow. Yesterday, being the transition day from winter to spring, was, of course, a day that was snow free. Except on the first day of spring, we had snow. Not as much as predicted, but they did say it was going to snow this morning as well.

The rain fell most of yesterday morning, mixed with ice and pellets. I won’t call the early morning events snow. Frankly, it was too hard and not a flake. Then the snow came in the late afternoon. The weather people are saying as much as 6-8 inches. We are in the lull right now, with no snow falling.

As we were, at the end of the day, (Labs love snow walks), one of the twins said: “Nothing says spring like a nice snowfall.” I am not sure where they get their sarcasm from, perhaps my wife?

Anyone can join the photo challenge! From pictures of things around you to things that catch your eye. The challenge is a chance for you to post a picture (not more than seven days old) about you, your life or where you live!