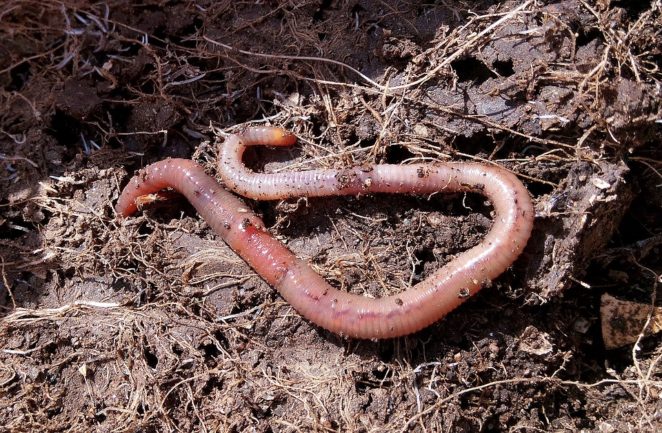 You may not think of worms as being particularly charming, but you can become a world champion worm charmer if you get your technique right!

The Worm Charming World Championships have been held at a primary school in Willaston, a village in Cheshire, England, ever since 1980. (There are two villages in Cheshire with this name – the one in question is between Nantwich and Crewe). The idea was the brainchild of the then deputy headteacher, John Bailey, but is now run under the auspices of the International Federation of Charming Worms and Allied Pastimes (which include underwater Ludo and ice tiddlywinks).

So what exactly is worm charming, I hear you cry, loudly? It is the art and science of persuading earthworms to come to the surface by just about any means short of actually digging them up. You can use a garden fork, but only as a tool for charming.

Competitors are allocated a plot of turfed land and must collect as many worms as they can in a given time. The winner is the person with most worms in their bucket at the end of that time. Needless to say, the world championships are conducted under controlled conditions to ensure that nobody takes an unfair advantage.

How to charm your worms

The method used to charm worms is vibration. If the soil is shaken in one way or another, worms will respond by heading for the surface. They do this naturally when there is heavy rain, for example, because they cannot survive in saturated conditions; so anything that feels similar to raindrops falling on the surface will elicit the same response, given that worms are incapable of telling the difference.

The method most favoured is to plunge a garden fork 15 centimetres into the ground and vibrate it by hitting the handle with a piece of wood, an activity that is known locally as “twanging”. Some people reckon that the playing of music is an effective charming method, and this is allowed under the rules. However, no substances may be placed on the ground, including water.

For the World Championships, each competitor works a three-metre-square plot, assigned by lot, and there is room for up to 144 entrants. At a given signal the entrants must go to their plots and have half an hour to gather as many worms as they can. One problem is that “vibrated” worms will not necessarily pop up in the same plot as that of the competitor, but that is just hard luck; you can only catch worms that appear in your plot.

A competitor is allowed an assistant, called a “gillie”, whose job is to pick up the worms.

No worms are harmed during the competition, being placed in damp peat in the competitor’s container prior to counting, and released in the evening after the local birds have roosted. This is good luck for the worms, but not so hot for the birds.

The trophy, in the shape of a golden worm, goes to the collector of the most worms and there is also a silver trophy for the heaviest worm.

An interesting aspect of the Championship is that it reveals how worm numbers can vary due to weather conditions. For example, the winner in the year 2009 managed to charm 567 worms in their half hour, but the winner in 2010 only found  43 worms. (A year later, the then heaviest worm on record weighed in at 12.08 grams.)

Even so, worm charming, in any year, demonstrates just how many worms there are in any given area and the vital role they play in turning over the soil and distributing nutrients.

As the photo shows, the event is hugely popular with young and old and it is also a great fundraiser for good causes. It is an idea that could be copied just about anywhere by community groups that want to organise a fun day out and raise a bit of cash in the process.