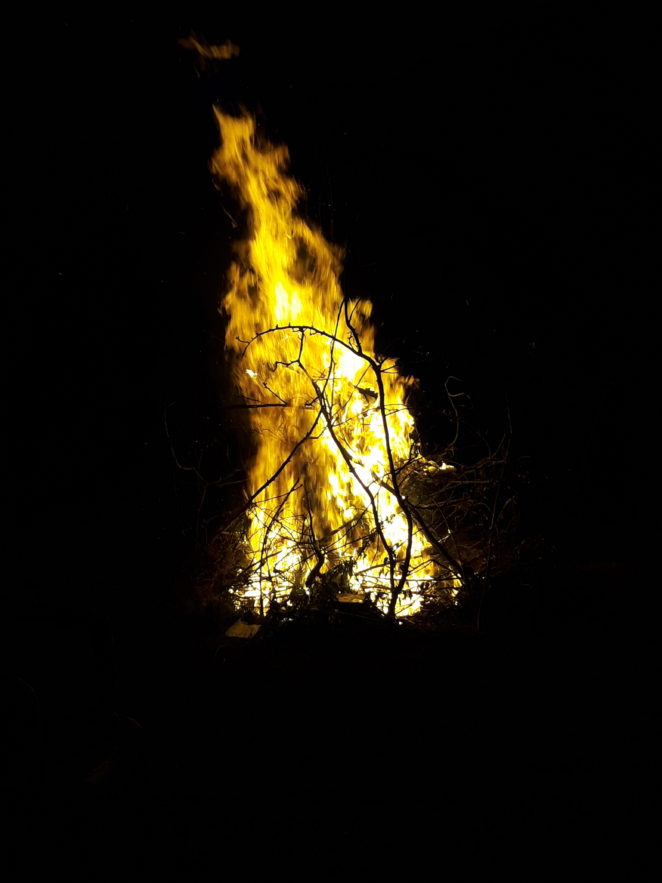 The Holiday of San Juan, also so called eve of San Juan or night of San Juan is a festivity of pagan origin celebrated (Litha) on June 23, eve of the day of San Juan Baptizer, in that they are in the habit of igniting bonfires or fires. The origin of this custom associates with the celebrations in which the arrival of the summer solstice was feasted, on June 21 in the north hemisphere, which principal rite consists of igniting a bonfire. The purpose of this rite was ” to give more force to the Sun “, that from these days was going becoming “weaker”?

The days are becoming more short up to the winter solstice. Symbolically, the fire also has a function “purificadora” in the persons who were contemplating it. It is celebrated in many Europa’s points, though it is specially established in Spain, Portugal (fogueiras of São João), Norway (Jonsok), Denmark (Sankthans), Sweden (Midsommar), Finland (Juhannus), Estonia (Jaanipäev) and United Kingdom (Midsummer).

The Christian holiday of San Juan is a June 24, six months before eve of Jesus’ birth, which is a December 24. These six months are the difference that the gospels indicate between one and another birth. Nevertheless, three difference days of both dates with both solstices it does that it is not reasonable to assign this holiday to the solstice, and the experts incline for the fact that on December 25, Jesus’ birth, it associates more reasonably to the Jewish celebration of the Hanukkah or dedication of the Temple (Jesus was the new Temple for the Christians).

According to this reasoning, the holiday of San Juan would not have anything to see with the pagan celebrations of the summer solstice. A difference of 3 days is too much a margin for the astronomic knowledge of any epoch that we consider. In Latin America, in the north-east of Argentina, Brazil (it has Festas Juninas), Bolivia, Chile, Ecuador, Paraguay, Peru, Puerto Rico and Venezuela, the night of San Juan is likewise related to the most former traditions and Spanish legends as the Legend of the Delighted one.