Some people accidentally become something different or other than what is not expected, but an American man has become a great painter and art expert after a car accident and he never did serious painting in his life.

The 42 year old Scot was from Wellington, North Carolina.He was trying to cross an intersection in his car in 2015, that he was seriously injured in a collision with a car coming from the opposite direction, causing severe injuries to his head.

Upon consciousness, he suffered grief and disappointment because at times he felt that their personality had changed.Then suddenly he became obsessed with painting and even though he was not associated with it before. The interesting part is this, that before the accident, he was employed in a car showroom.

After buying paint and brushes, he started creating stunning images on canvas that people were amazed to see. Experts have reviewed their work and said they are suffering from a Rare mental quality, which is called “savant syndrome” and so far only 33 such patients have been found worldwide.

Persons suffering from Seventh Syndrome suddenly gain new knowledge or expertise. Earlier, he wanted to make a lot of money in life, But now Scott says it was my life that I didn’t care about, I didn’t care about my friends nor anyone’s concern. 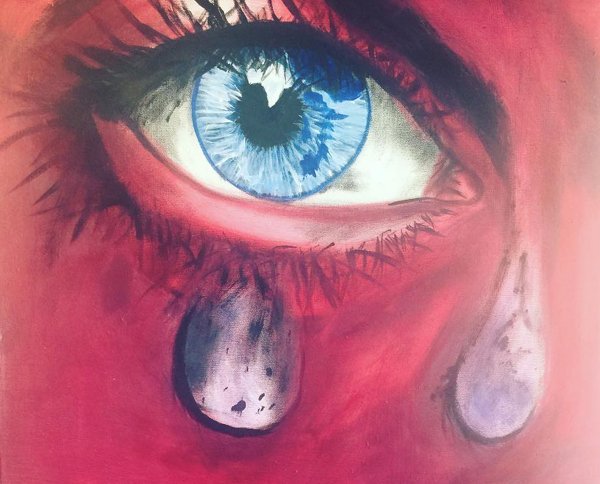 After purchasing a painting accessories , he thought he was never a painter, however, when he started painting, all the painting itself was getting better and better. Now he has made hundreds of photos that look like a dream painter has awakened inside him. Not just that, they say that painting has completed his existence. Now they don’t even want to work in the car showroom.