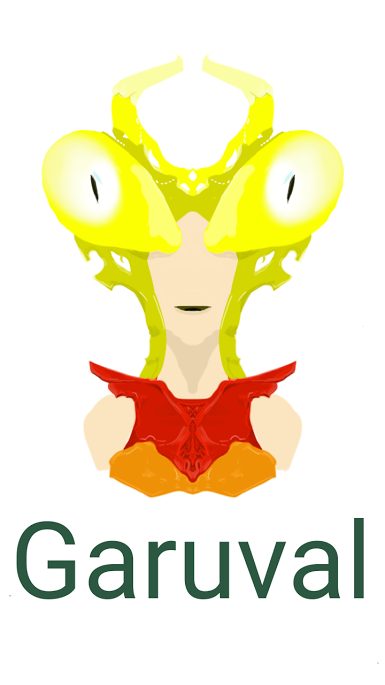 This is an original character I designed. Her name is Garuval. She is a half human half mantis created by the goddess Foliagrania. Her eyes are big bright yellow similar to that of your car’s head light. They are rooted in the front of her human face extending out towards the top of her head like telescopes. She uses these eyes to detect a prey or an enemy thousands of miles away.

Garuval does not have a nose she uses her mid sized horns for that. Just below her mantis eyes she has another set of eyes that are human-like which she uses during day light. Her human skin is pale her mouth is a small slit but very dark and deep. She has a sharp bony chin that helps her during close combat with an enemy.

The only armor she has will be her red metallic breast plate given to her by the same goddess who created her. This armor absorbs all the damage and impact from an opponent leaving her almost immune to any physical attack. Garuval inhabits the green meadows of Dorniz where there are a few of her kind serving and protecting their goddess, Foliagrania.