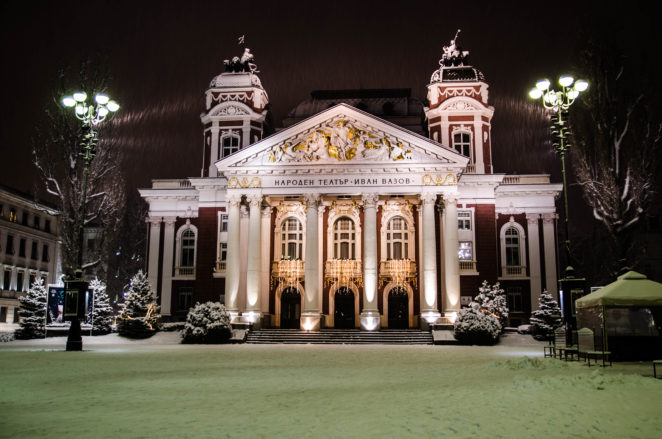 So, I end the walk through snowy night Sofia …

I want to show you how the Ivan Vazov National Theater looks and the square in front of it, covered with the first snow.

The National Theater opened on January 3, 1907.

Otherwise, the order of the Minister of National Enlightenment, Dr. Ivan Shishmanov, is considered the beginning of the National Theater, with which on January 1, 1904, the Governor of the State-supported People’s Drama Body “Salza and Laughter”, Mr. Ilia Milarov is appointed as a “Intendant”. Since spring of the same year, the name of the company has been a Bulgarian National Theater.