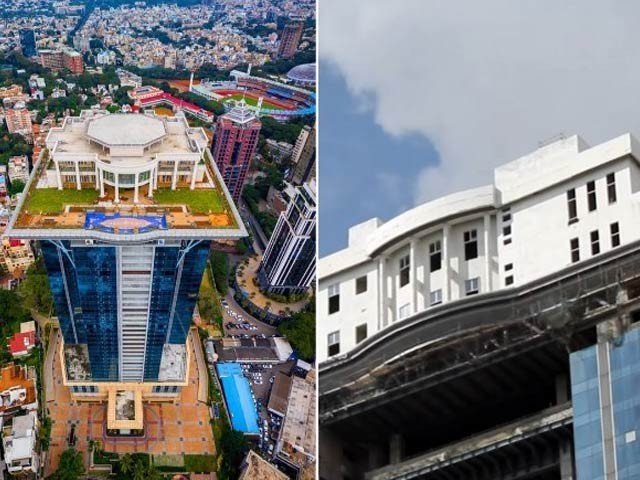 The India richest man has built a penthouse exactly like the White House on a towering building that is luxurious. Vijay Mallya is one of India’s richest man who is also heads United Breweries Group.

Ten years ago, he decided to build a magnificent building like the exactly White House on the roof of the Kingfisher Tower in Bangalore’s skycraper building, and this has become a reality.

On the 33rd and 34th floor of King Fisher Tower, this magnificent White House-like palace is named after the Sky Mansion. The 40,000 sq m wide palace has a lounge, indoor heated swimming pool, outdoor swimming pool, gymnasium, salon, several bedrooms, and a helipad on top.

However, Vijay Mallya built this building while living in UK, he was accused of taking money and not giving back to banks and other institutions. In the meantime, the Indian government tried to arrest him from the UK and so far he has not even seen a glimpse of the magnificent White House.

Some constituents claim that the government will hold the Desi White House in its custody and auction it and return the money to the authorized banks. On the other hand, the exterior of the White House is completed, while the interior is remodeled. So far, $ 200 million has been spent on it.