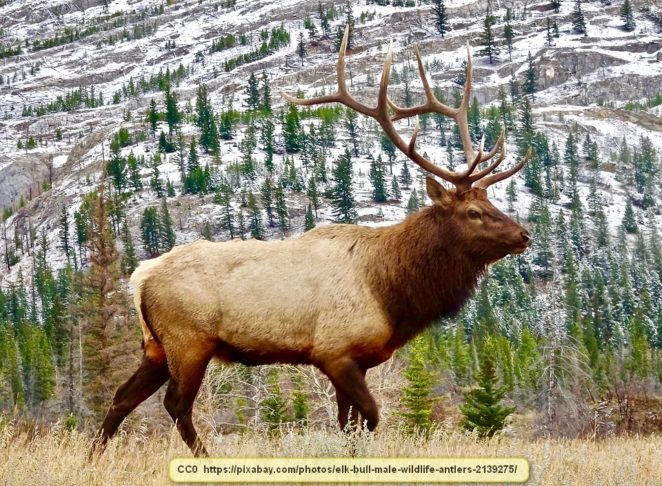 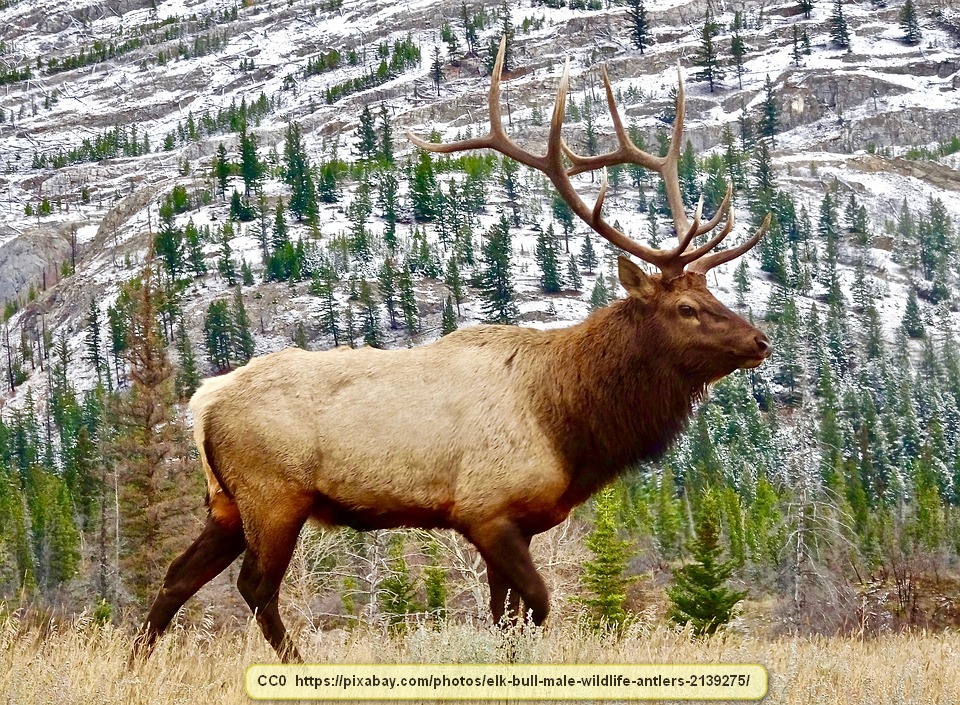 I recently shared pictures part of a herd of around 75 elk I saw in the southern part of the National Bison Range in Montana. I got some great feedback from those pictures and in my responses, I mentioned that when they cross a road, people can expect to be stopped for some time.

I thought it would be interesting to share what it looks like when the elk cross the road.

I should mention that for part of the year, the bulls and the cows stay in separate herds. The bulls then collect a ‘harem’ of cows during the rut and vigorously defend their harems. Only the strongest bulls will be able to fend off the challengers for the right to breed with the cows. The harem will often consist of 10-20 cows and the bull will breed with all of them in his harem.

After the breeding cycle is complete, the bulls drop their antlers, since they are no longer needed. Almost immediately, though, they start growing new antlers.

During this time, the bulls and their harems begin to group together into herds. Believe it or not, a herd of 75 elk is not a big herd in Montana. It would be a good-sized herd, but not big and certainly not huge. The largest herd that was seen locally numbered something like 347 animals. Even that isn’t huge. The largest herd that I’m aware of in the state numbered well over 1,000 elk.

In this video clip, the elk are jumping a three-strand barbed-wire fence. Most of the bulls have lost their antlers, but a few of them are showing signs of new antlers growing. Without antlers, at the distance from the camera, it can be difficult to tell a bull from a cow, but I’d say that there are about 10 cows for every bull, not counting yearlings.

Notice in particular the young cow that has difficulty getting over or through the fence, at about the halfway point in the clip. She is probably a yearling and isn’t experienced yet. Don’t be concerned that she is hurt by the barbed wire because she really isn’t. Elk have very thick hides and the barbed wire merely scratched her. However, they will teach her and the next time, she’ll probably not have the same problem getting over a fence.

Also, notice that the herd waits for her at a safe distance. They don’t just move on. The three elk that she approaches first are a bull and two cows. One of the cows is probably her mother, though the bull isn’t necessarily her father.

This clip was taken near Bozeman, Montana, but this is repeated all over the state. These aren’t especially large elk. I’d estimate their size at only around 600-800 pounds. That last cow is probably more on the order of 300-400 pounds.