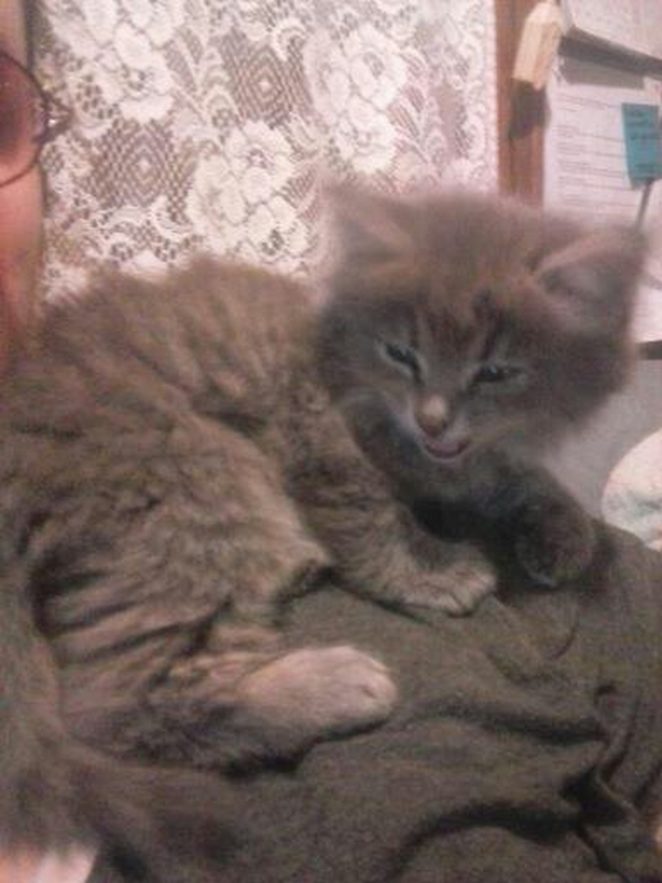 Back in August, my wife’s kitty disappeared. We were never able to find him and my wife missed him terribly. She still does.

In November, a short time before her birthday, I was looking at a local Facebook community page and saw a post by a woman who was wanting to get rid of some kittens. The one in the picture she posted looked identical to my wife’s missing cat, except that it was far smaller. The color was right and it was a long-haired cat, like my wife’s.

I contacted the woman and made arrangements to take the kitten. I gave the kitten to my wife as an early birthday present and she named the new kitty Cherokee. The reason for the name is that my wife wanted a Native American name. I’m the Cherokee in the home and she didn’t want to bother me, so she just named the little girl kitty Cherokee. As she put it, “It is an Indian name.”

The kitten was tiny. It was so small that it could squeeze out through the two-inch gap at the bottom of our bedroom door. It also wasn’t well and for a couple of weeks, we thought that she wasn’t going to make it. I prayed a great deal and had faith. The kitten suddenly recovered and I praise God for that. I’ve been rehabilitating animals for about 50 years, but I’m not a vet. I’m sure not the one who saved the kitten in this instance.

Somewhere along the line, Cherokee adopted me as her person and my wife is happy with that arrangement. If I call her name, she’ll come running. The running part is nothing out of the ordinary since she likes to run and seldom walks anywhere.

So here she is; Cherokee.

This was taken a couple of days after we got her. In the picture, she is complaining about not feeling good. 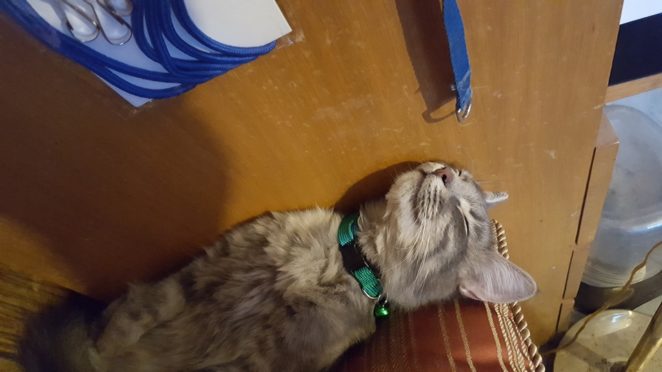 What can I say? Cherokee enjoys sleeping on her back and has the 'cuteness factor' figured out. The pillow she is laying on in this picture was bought specifically for her and she seems to know it. 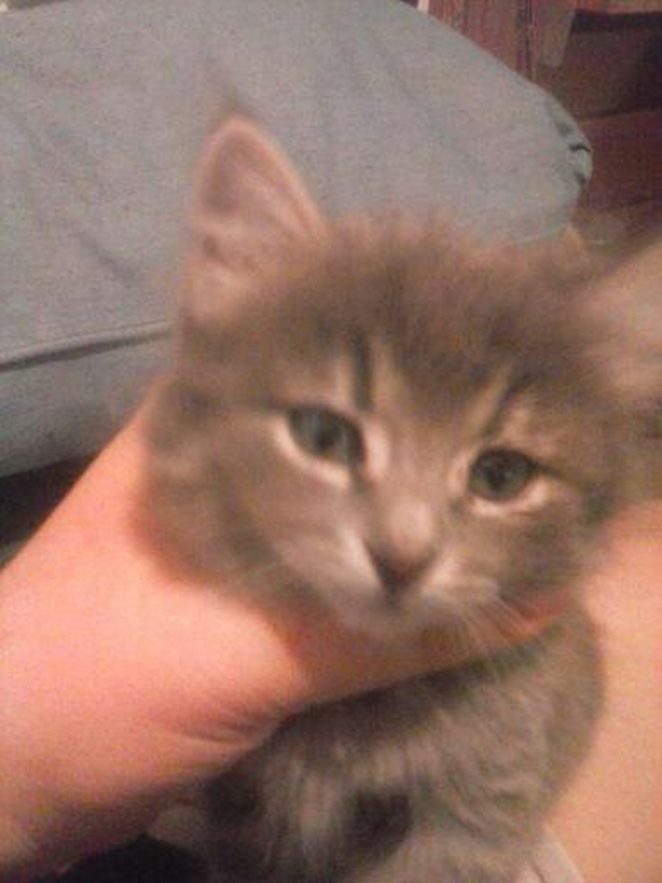 This is from the day we got her and she's being held by our daughter. Cherokee loves to be held, even on her back. That is probably because the woman we got her from had a 4-year-old daughter who would carry the kittens around like rag dolls. In fact, that is why the woman wanted to get rid of the kittens before one of them was killed. 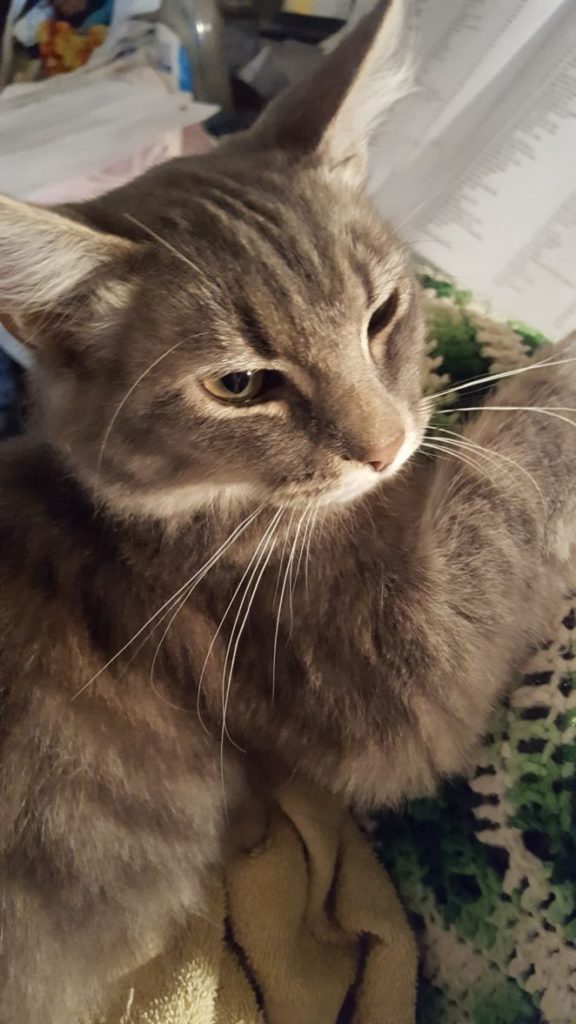 I was playing piano just before this picture was taken. She is annoyed because I stopped playing and her look shows it. She refused to make eye contact if I wasn't going to play some more. 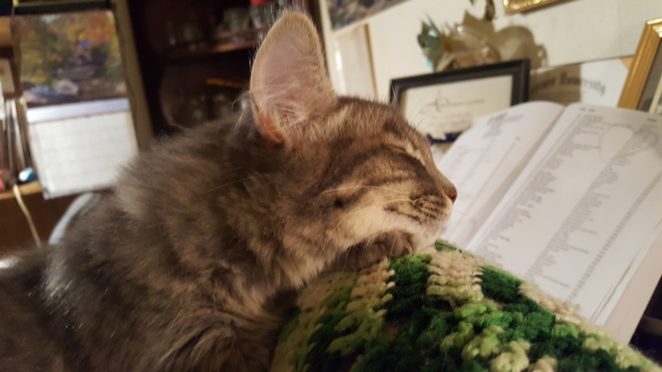 I had gone back to playing and that made her happy. I moved out of the frame long enough for my daughter to snap her picture. 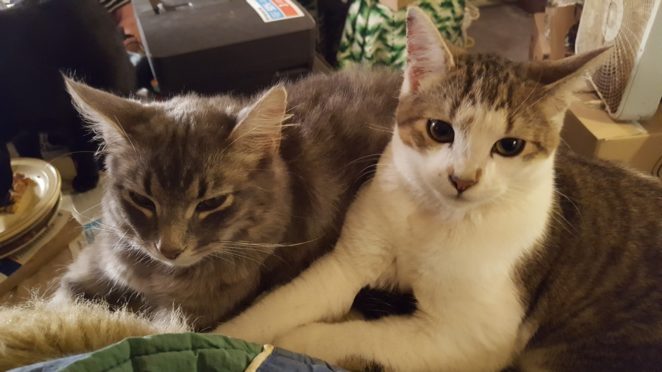 A few days after we got Cherokee, our daughter got Loki. He is about two weeks older but they became pals immediately. They are also playmates. They have almost totally opposite personalities, though. Cherokee has an exceptionally calm demeanor, but she races everywhere she goes. Loki acts like he is continuously nervous, but he walks everywhere he goes. 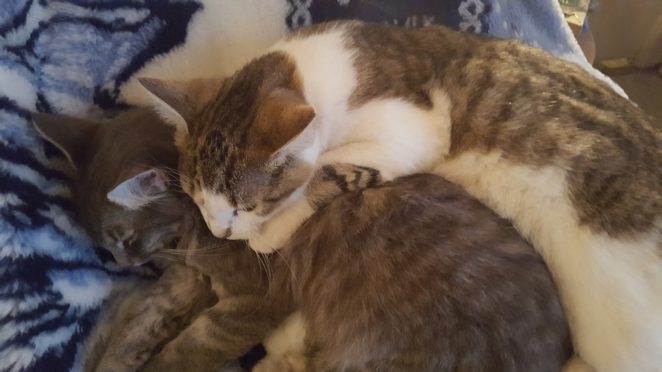 Here are Cherokee and Loki again, taking a nap after a hard bout of attacking invisible monsters and each other. They make a rather good team.

Incidentally, as tiny as she was when we got her, Cherokee is now about five or six times larger. She is still a lover, though. The other cats leave her alone, despite that. She has no objection to delivering an attitude adjustment if one of the other cats or one of the dogs tries to push her.

So now you know the new kitten's tail...er, tale. 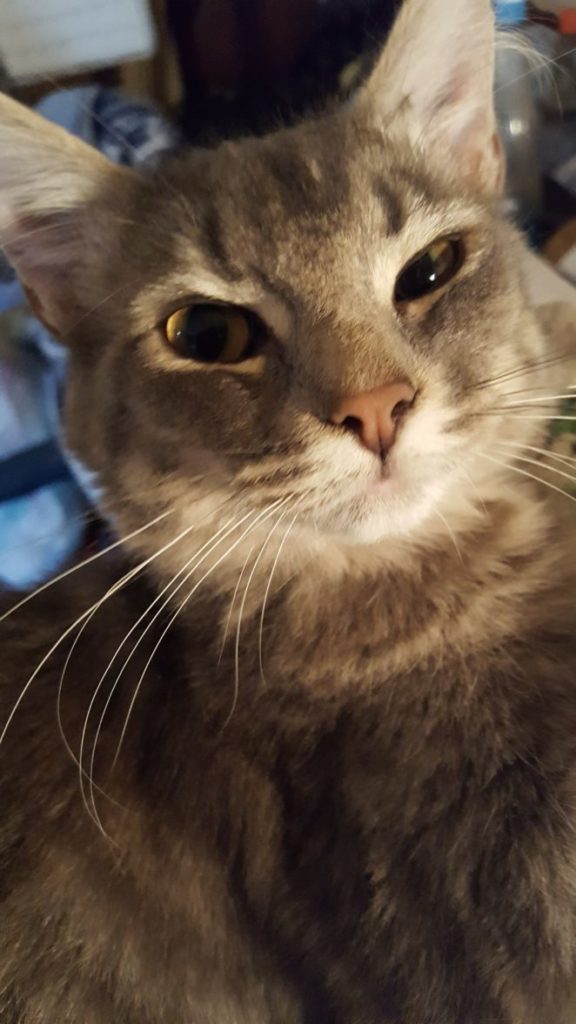 Cherokee is quite a character and she has all those looks down pat. This is a look she gets in her face when someone says something and she doesn't believe it.