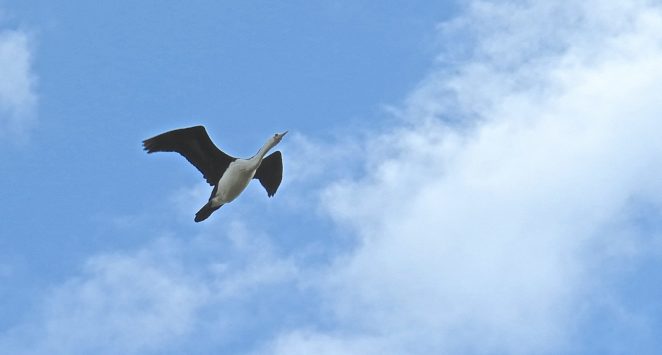 I’ve often seen Shags in public places of Auckland in groups or one on their own. Just about all of my photos are Pied Shags which are black and white Shags.

They are seen in trees in estuaries or some trees by Western Springs Ponds by Pt Chevalier in Auckland, and even saw one by the Waterfront by the rocks. Often seen them on rocks near Mangere Bridge near Onehunga.

Pied Shags live by Coastal places throughout most of New Zealand, North and South Island.

Generally Pied Shags will forage for fish by themselves in the water. Sometimes they hunt in groups. I saw a whole lot of Pied Shags in a bridge by Karaka, South Auckland. The Pied Shags would fly under the bridge and dive for fish, then they would be back in the same place as before and fly again under the bridge to catch more fish. To do this, they must have been very successful that day. 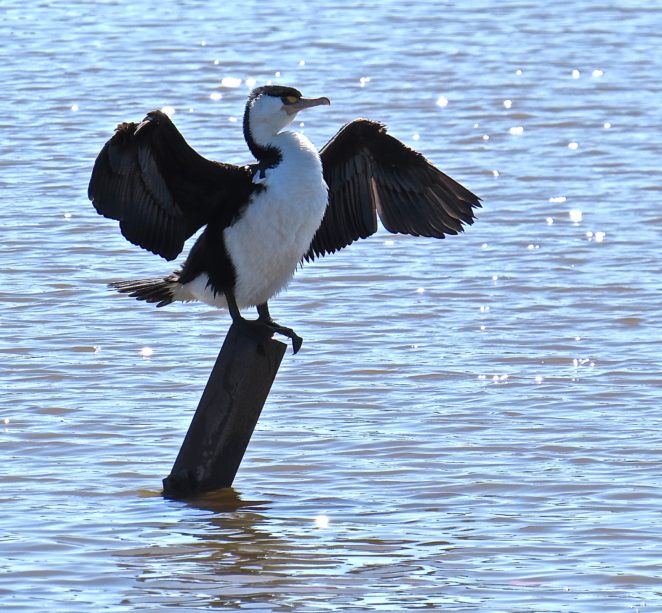 This was taken in Lake Hakanoa, Huntly in the Waikato. I often see them spread their wings in the sun.

They seem to like sunning themselves with their wings spread out and stay that way for a while.

Obviously there must be plenty of fish in the lake.

This is going in search of food or wants to find a roost.They have other names karuhiruhi, away, yellow- faced cormorant, large pied Shag. They generally nest in trees along rivers, estuaries or lakes or ponds.

I try all the time to catch a bird flying when I can and this bird would be flying over water. 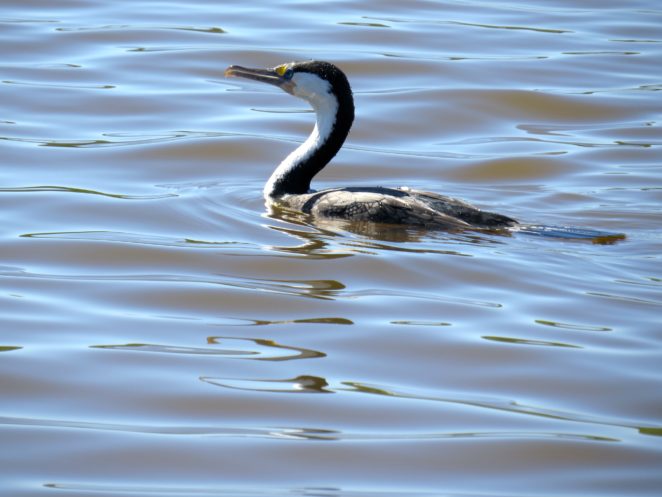 This is an Adult swimming in the stream looking for fish, they dive under water for quite a while seeking fish to eat. Not a lot is known what they eat, but they eat fish from 6 - 15 cm long.

This Adult doesn't rest on the water for very long, he suddenly dives in the water and may be under the water some minutes before he surfaces. 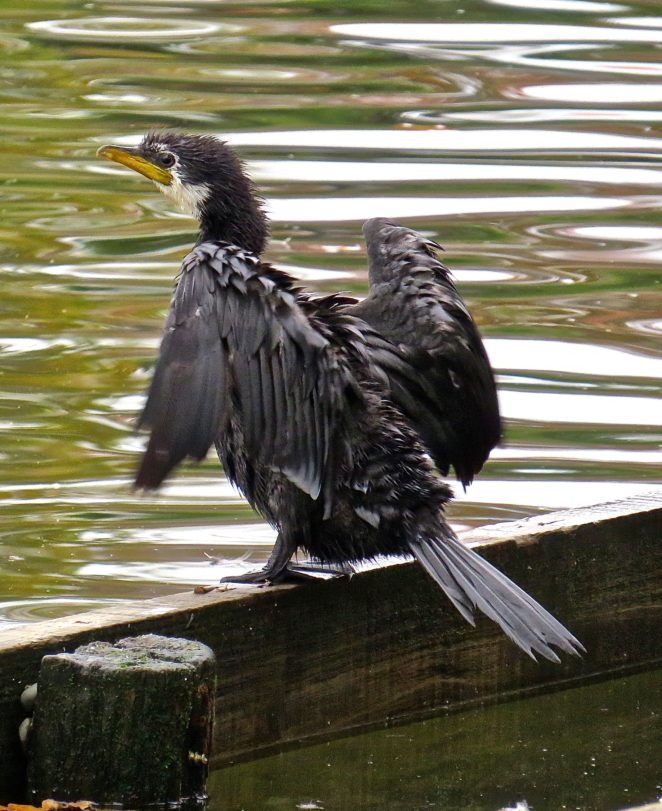 Seeing it from the back side view. Quite a bird.

He probably will tidy himself up, after he's caught a bit of sun, I try to use the Zoom lens and not disturb the bird too much. A bird like this sometimes puts up with a lot. 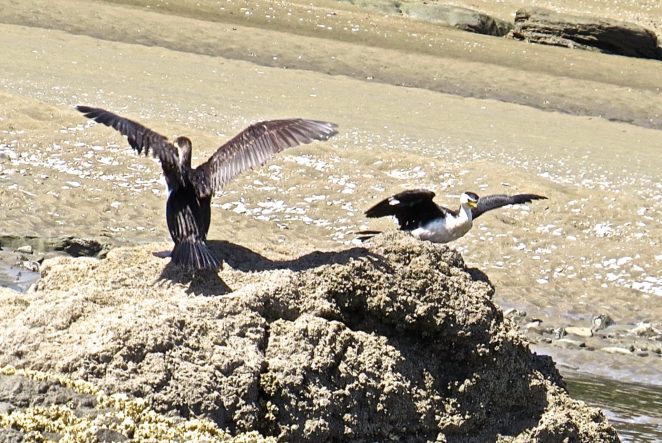