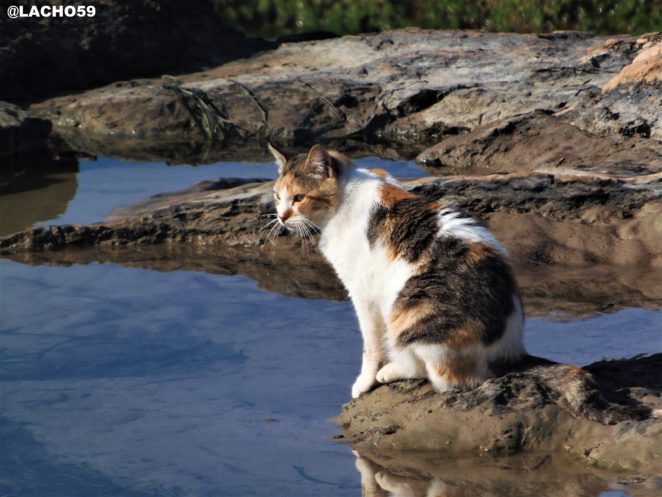 This cat lives on the rocks by the sea. But, nevertheless, I will have a very interesting article.

“Prepare to take another dose of facts about cats”.

The cat is defined as a domestic carnivorous mammal. All of them generally have soft skin, short muzzle and retracting claws, and are very well known for their hunting skills. It is traditionally known that cats are first hunted in ancient Egypt, proven by Egyptian drawings dating back to 3500 BC. The cats were admired in the face of goddess Bastet, a cat-headed woman.

Here are 10 facts about cats you may not know about!