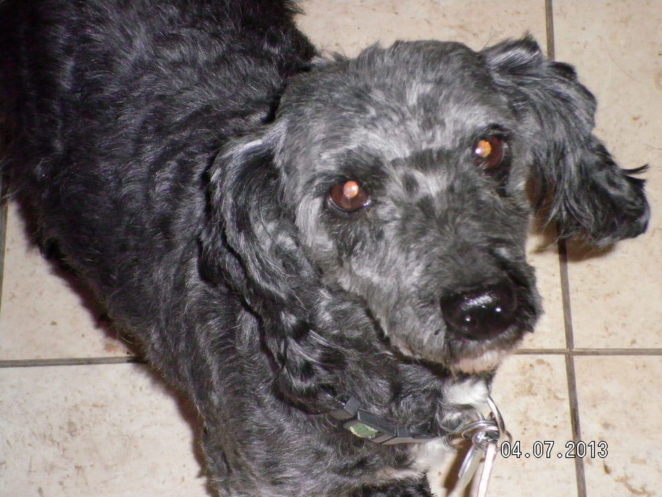 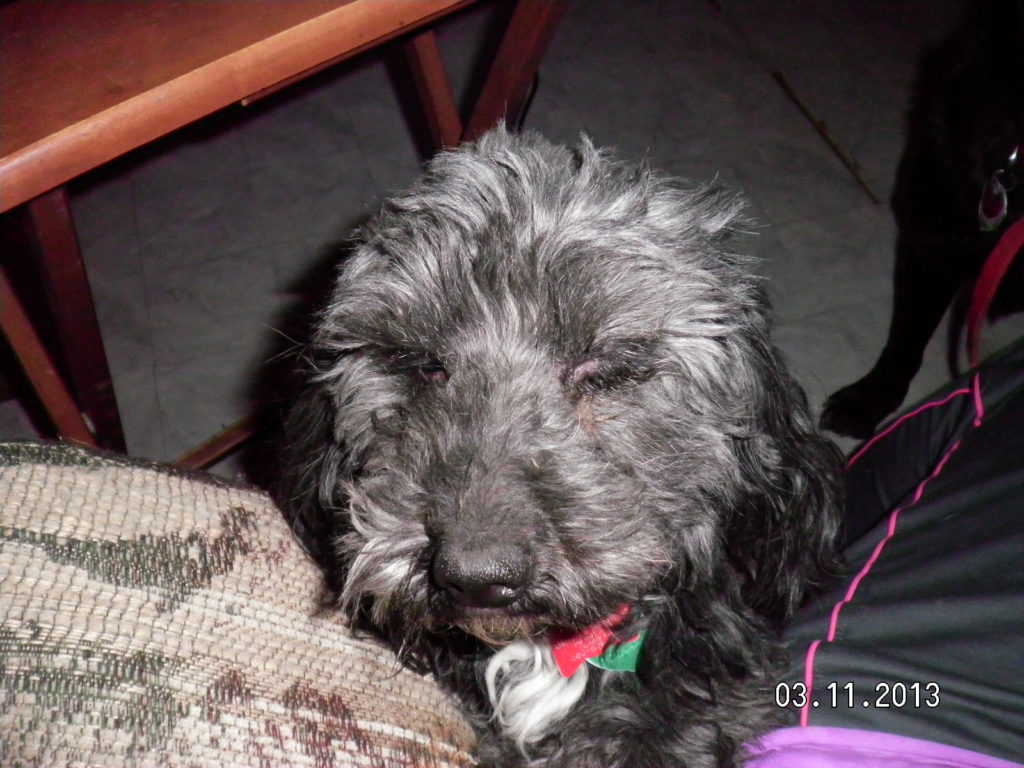 This is a sad time for our household. It is the day that we had to say goodbye to a very faithful and loving friend named Leggy. You will always be with us.

It was over fifteen years ago that our purebred toy poodle, Bo, mated with our daughter’s miniature sheltie-dachshund mix named Dizzy. The mating was accidental and in no way was intended, but the puppies that were born were totally adorable. The only problem we had in giving them away was to get people to look at them. As crazy as this sounds, the solution turned out to be to sell them for $25 each, rather than giving them away.

One of the puppies was given to our daughter. It was a male who was coal black with a white diamond on his chest. Our daughter named him Legolas, after a character from the movie, “Lord of the Rings“. His nickname quickly and somewhat understandably became Leggy.

While his siblings were energetic and sometimes quarrelsome as pups tend to be, Leggy was a lover rather than a fighter of choice. He wouldn’t back down from anyone, but he had a tremendously calm demeanor. 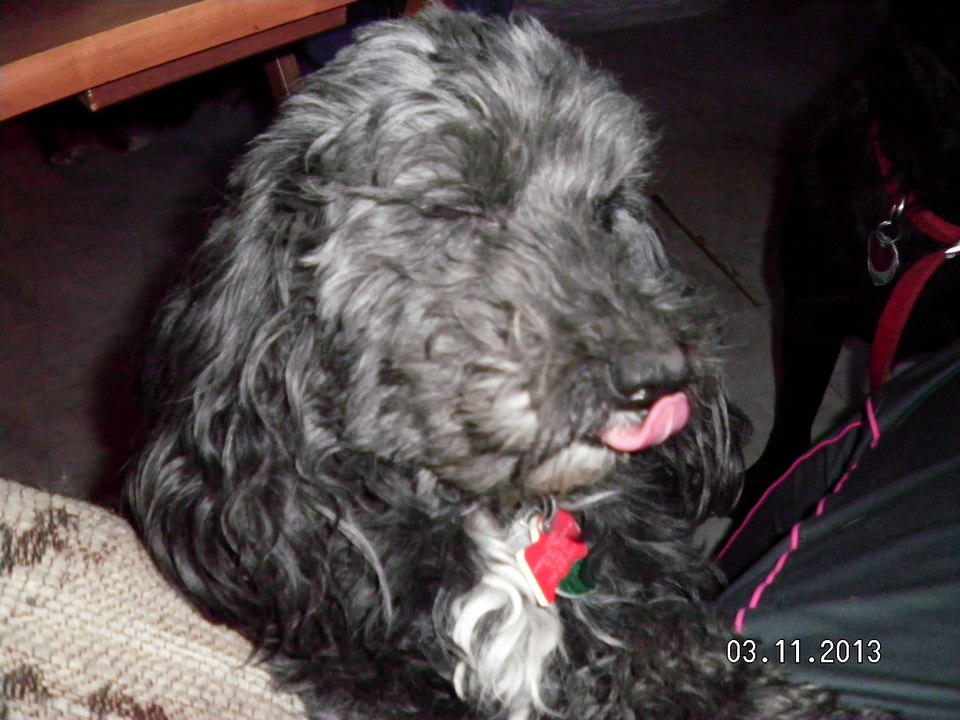 There was a subsequent mating between Bo and Dizzy. This was also accidental but the pups were just as adorable as the first litter had been. I kept the runt of the litter; a tiny, apricot-colored ball of fluff I named Dante, after the movie, “Dante’s Peak“. To Dante, size meant nothing and when he grew up, he was ready to take full-grown German Shepards out of the yard, though he stood eight inches tall and weighed four pounds. Dante became my constant companion and even sat for hours next to me in my computer chair while I wrote.

Dante had a brother who looked nearly identical, just a little larger. We gave him to my daughter and she named him Bear. 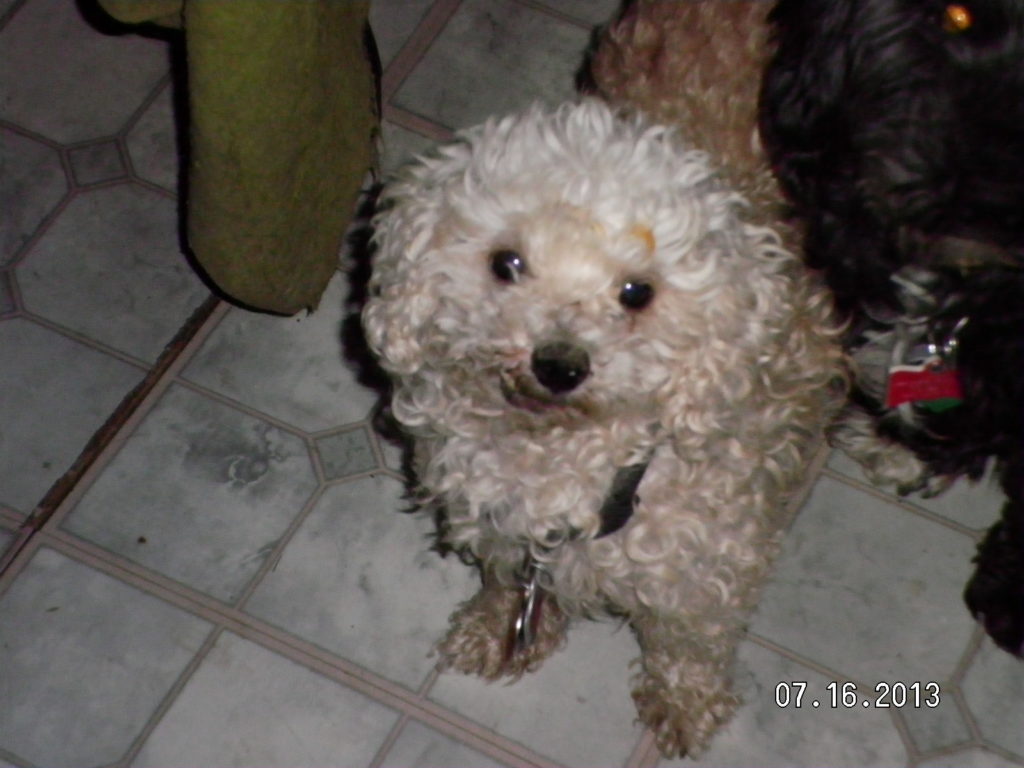 All of this might be confusing, with all the names and such, but it will become a little clearer.

While Dante and Bear were still puppies, our daughter began to have severe marital problems. Her husband barely tolerated her dogs and one of his friends broke Leggy’s tail near its base. Leggy was never able to wag his tail after that. Our daughter was worried for Leggy’s safety because her husband suggested putting him down. (For a broken tail?) Our daughter brought him to us, so Leggy became our second dog.

Dante and Leggy became the best of friends; brothers from different litters.

Their father, Bo, died due to cancer, in 2005. In 2013, their mother, Dizzy, also died of cancer. At this point, our daughter was no longer married to the abusive husband, who’d been caught cheating on our daughter. We ended up with our daughter, Bear, Dante, and Leggy, all in the same household. Leggy loved it. He had both of his siblings to play with and to curl up with when we went camping.

In 2015, tragedy struck when Dante suddenly became ill. When he had x-rays, they showed a tumorous growth in his chest. He died shortly after that and I was heart-broken. Leggy seemed determined to fill the void and started going everywhere I went. Still the calming influence, he was undemanding and gentle, simply loving to be near me, usually near my feet. 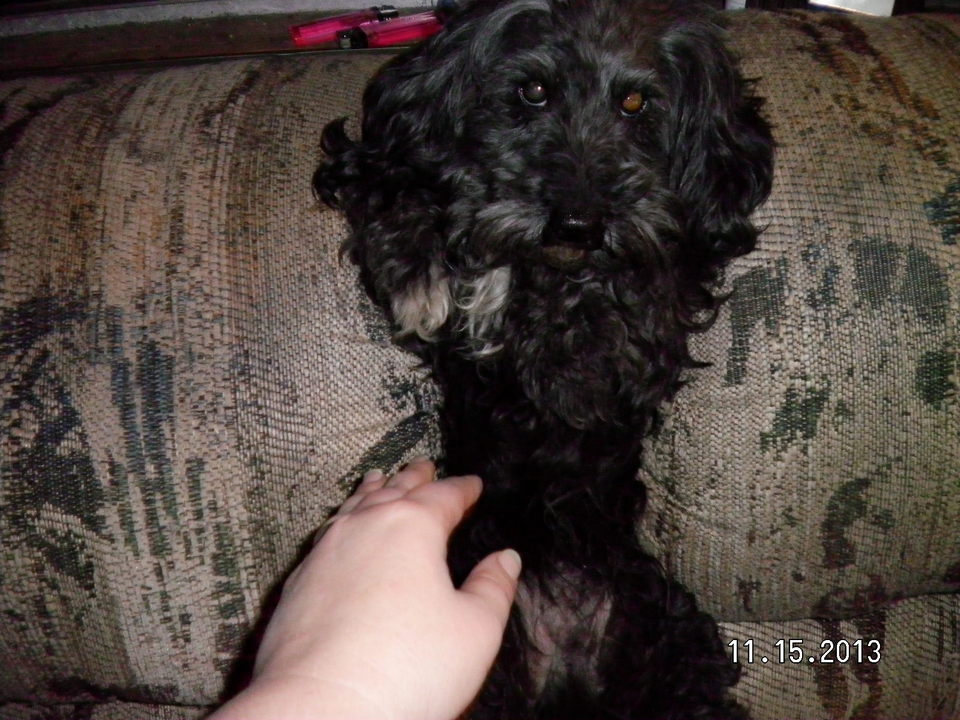 In 2017, Bear had to be put down because of a tumor. Leggy again stepped up, easing my daughter’s pain by letting her know that he loved her, though he still spent a majority of his time with me.

This morning, on April 5, 2018, Leggy got severely ill. He was weak and in obvious pain. We rushed him to the vet. An x-ray told a story that we definitely didn’t want to hear or to face. Leggy didn’t have just one tumor, he had two. About 80% of his abdominal cavity was being taken up by the two tumors. Though Leggy tried to hide it, his pain was extreme. He couldn’t eat. He couldn’t go to the bathroom. Surgery was an option, but at 15 years of age, the prognosis wasn’t very good and he probably wouldn’t make it through surgery.

We didn’t want him to suffer, so as hard as it was, we had Leggy euthanized. He was given a shot to let him sleep, then another that eased that sleep into an eternal one. His suffering has ended. It will be some time before mine does. 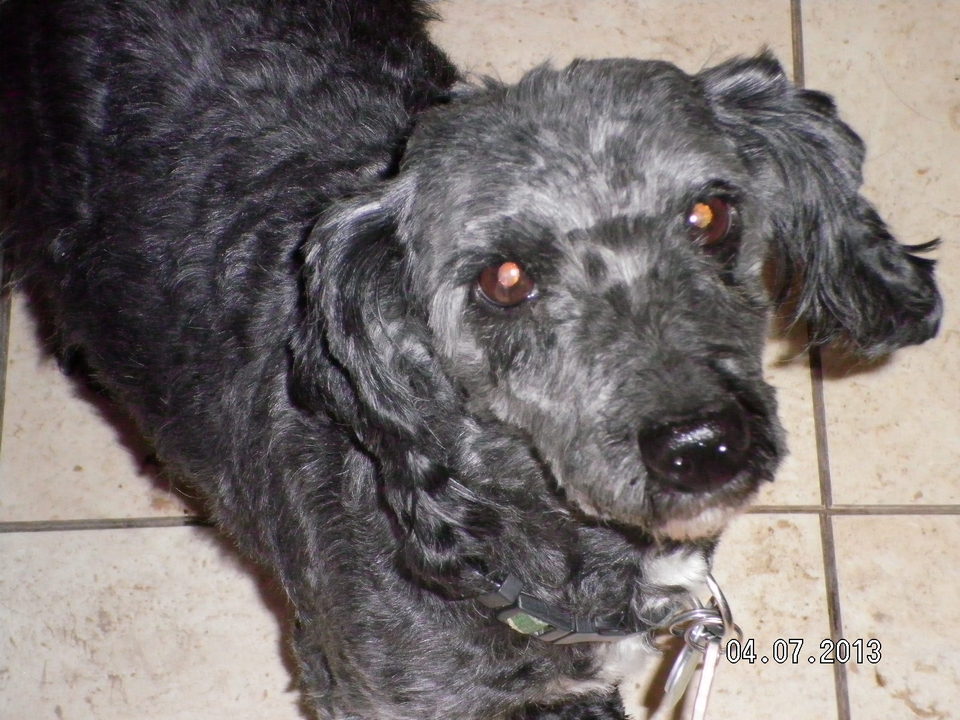 I know that he was going blind and deaf, but that really doesn’t help me feel better. He was incredibly faithful. His faith was in me and he was full of that faith. Leggy had an abundance of unconditional love. No matter who we are or what we did, he loved us. It is the same sort of love that God has for all of us, but it was made manifest in a little 10-pound dog.

It is astounding, the impact that the love of an animal can have on a person. I’m richer for having had Leggy and he helped ease the pain I’ve felt and others have felt. He was literally a faithful friend. I give enormous thanks and praise to God for allowing him to be part of my life. At the same time, I’m tremendously sorrowful and will miss Leggy for quite a while. If my posts in the near future lack the energy that people might have seen in my previous articles, this is the reason why.

Ultimately, though, to Leggy I say, “Thank you, my friend and companion. You made a difference in my life. If I can impact just one person as much as you’ve impacted me, my life will have been worthwhile. Goodbye, dear, loved, and faithful friend.”