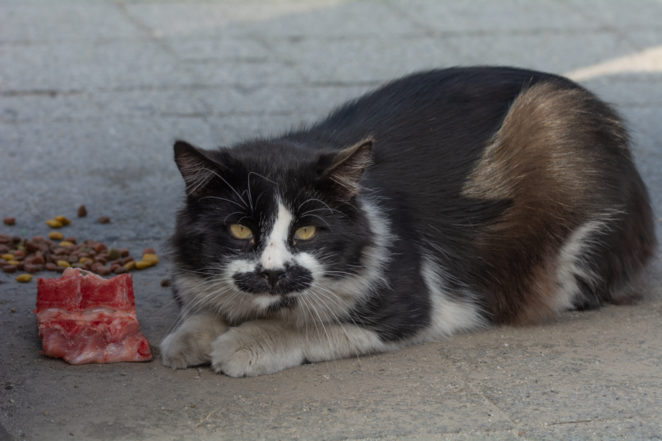 That’s the neighbor’s cat. They call him Hitler, because of the black mark under the nose that remembers the mustache of the odious dictator  who was Hitler!One day, on my way to the park, I met Hitler on the street. I do not know how, I do not know where he found a bone.  Hitler was watching for Maya to not steal the bone. He did not notice that behind him appeared another  dog very interested of the appetizing bone ….. Poor cat!

What do you think it  happened?