If there one job that impresses me since the first thought of being a firefighter is put out fires and rescue people from burning buildings. 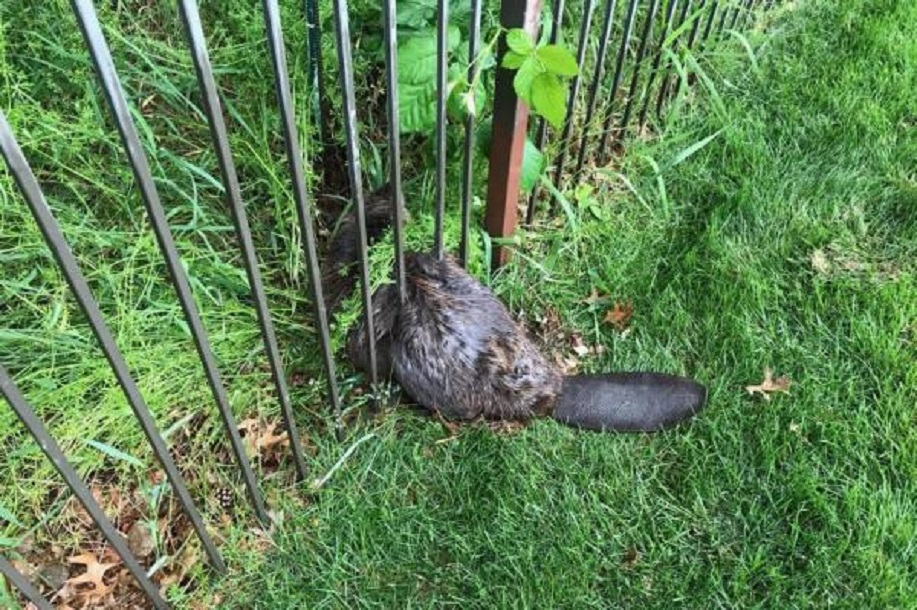 On Sunday a concerned citizen who was going to tend the garden when the homeowner saw a beaver that had his lower torso stuck between the two iron bars of a fence.

The concerned citizen called the Eagle Fire Department to report the incident that a beaver attempted to leave the home to go back to the creek needed to be rescued,

The Eagle Fire Department firefighters who were led by their leader Chief Nevil Humphreys used a Halligan bar and lashing to spread the length of the two iron bars in a horizontal way so that the beaver could leave the backyard so he can go back to the creek to be with his relatives.

What makes this story amusing is a beaver should know when it is proper to leave an area that is surrounded by a metal fence by trying to go between two bars that are close together since the attempt to escape would be impossible to accomplish.

The second part of this story that is humorous is that Humphreys has 25 years of service as a firefighter. The rescue of a beaver was a first in the history of his service to his community.

There is an old saying “There is a first for everything.” I am sure the beaver is glad to have been freed from the trap he was in being stuck in between two iron bars on a fence in Eagle Idaho.