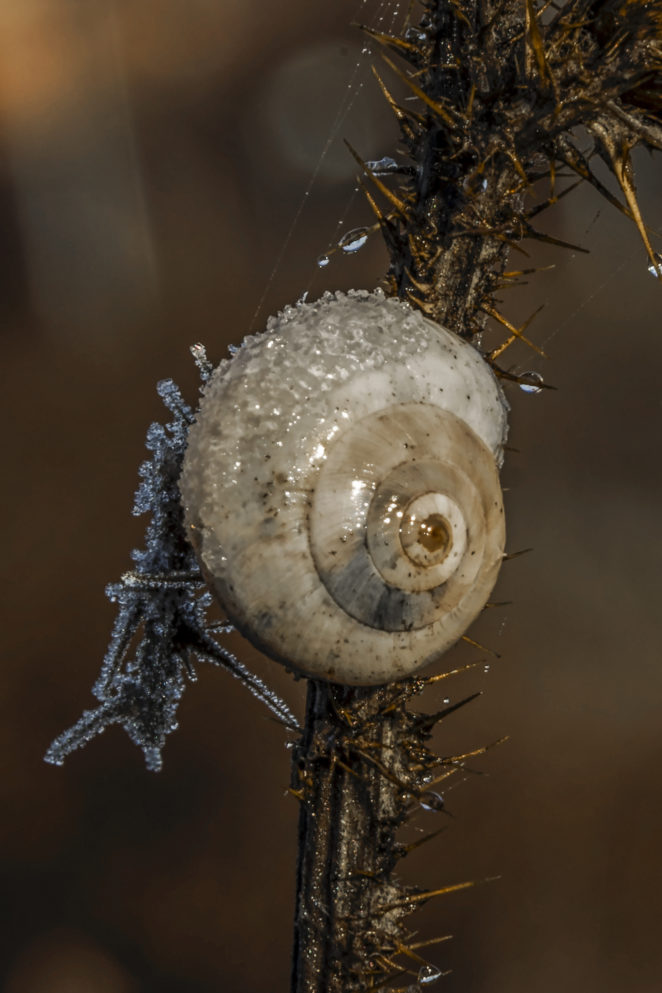 Snails hibernate from October to the end of April approximately. They can also stop their activity in summer in drought conditions, which is known as estivation. To stay wet during hibernation, they seal the opening of their shell with a dry layer of mucus called epiphragma.

The antiquity of the snail in the human diet dates back to the Bronze Age, at least 1800 BC. C., based on found fossils. But it seems that it was the Romans, who exploited their nutritional properties even creating places to raise them called cochlearium. Pliny the Elder wrote that Fulvius Hirpinus set up a farm for snail farming in Tarquinia, about 50 BC. C. The Romans consumed the snails not only as food but assumed that it was an effective remedy for diseases of the stomach and respiratory tract as Pliny the Elder stated, recommending the ingestion of snails in odd numbers as a remedy for cough And stomach upsets.