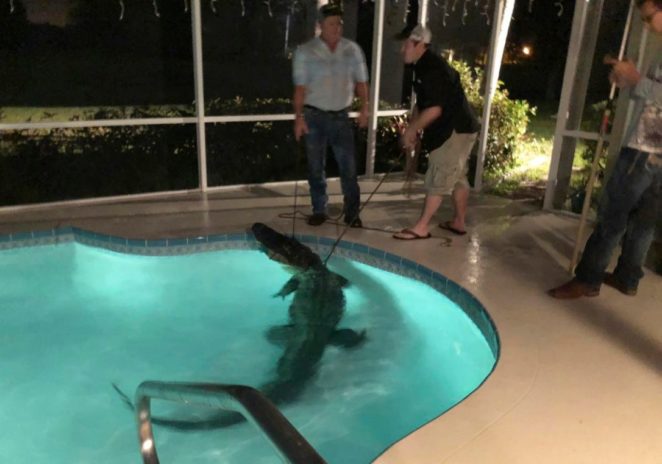 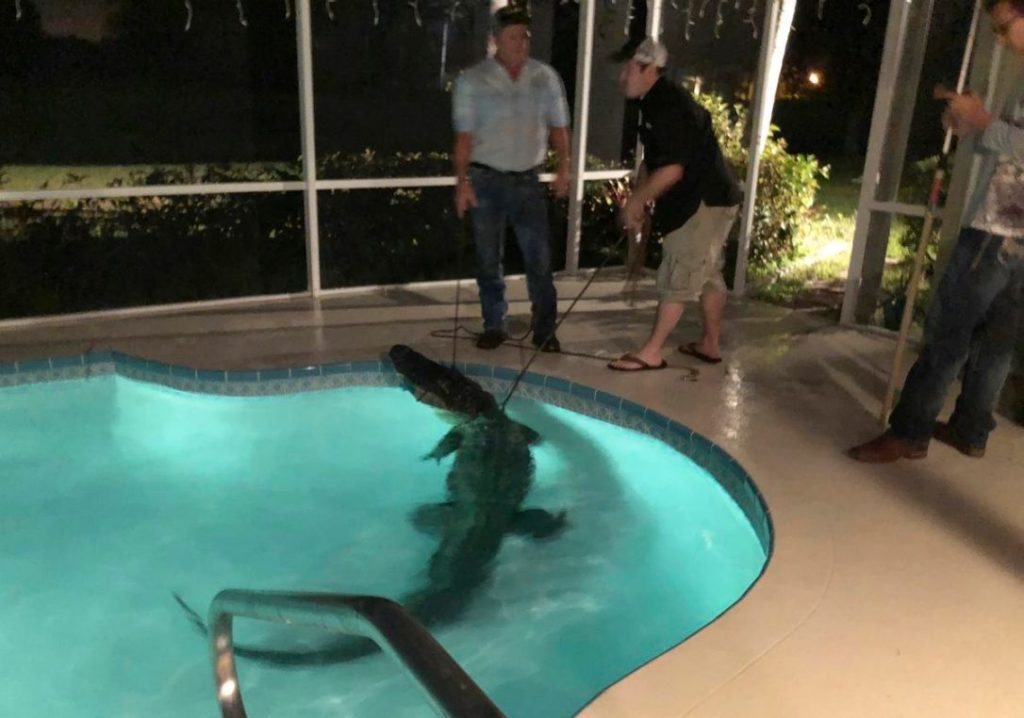 I like the state of Florida since my relatives and myself have visited the areas that have beaches in the northwest section of the Sunshine State a few years ago.

On Friday night a couple was scared when they thought they heard what appeared to be a burglar attempting to break into their home through their backyard.

The man of the house whose name was not revealed by the authorities went into his backyard and he was shocked beyond words when he saw an 11 foot alligator inside his swimming pool.

After the initial shock of seeing the 11 foot alligator has passed, the man of the house called the Sarasota County Sheriff’s Office to report the incident.

The Sarasota County Sheriff’s Office with the assistance of the Florida Fish And Wildlife Commission were able to trap the alligator and remove him from the swimming pool.

The fate of the 11 foot alligator is likely that his new home will be either a zoo or, an alligator farm so she could live the rest of his lives with his fellow alligators.

The Sarasota County Sheriff’s Office does get a lot of calls from the residents of their county that alligators do get into their swimming pools since alligators like water whether it is a lake or an ocean.

Alligators goes by instinct so they cannot tell the difference between a swimming pool or a pond, lake or ocean.

The Sarasota County Sheriff’s Office has issued a warning to their residents that if they an alligator in their backyard or swimming pool, do not attempt to trap the alligator since they are dangerous animals.

That is the one downside of living in Florida or any state where alligators are common due to the water surrounding the area. Alligators call water their home and they will not hesitate to defend their home from humans and animals alike.