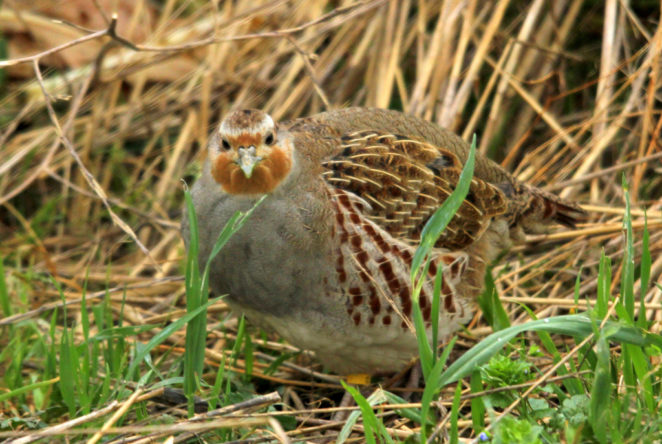 The partridge (Perdix perdix, sometimes referred to as the grey as opposed to the red-legged partridge) is found across most of Europe apart from Spain and northern Scandinavia. It is found on agricultural land, heaths and sand dunes, in places where there is adequate cover. It is known in the UK as a “game” bird but is protected from shooting during the close season that runs from February to September. 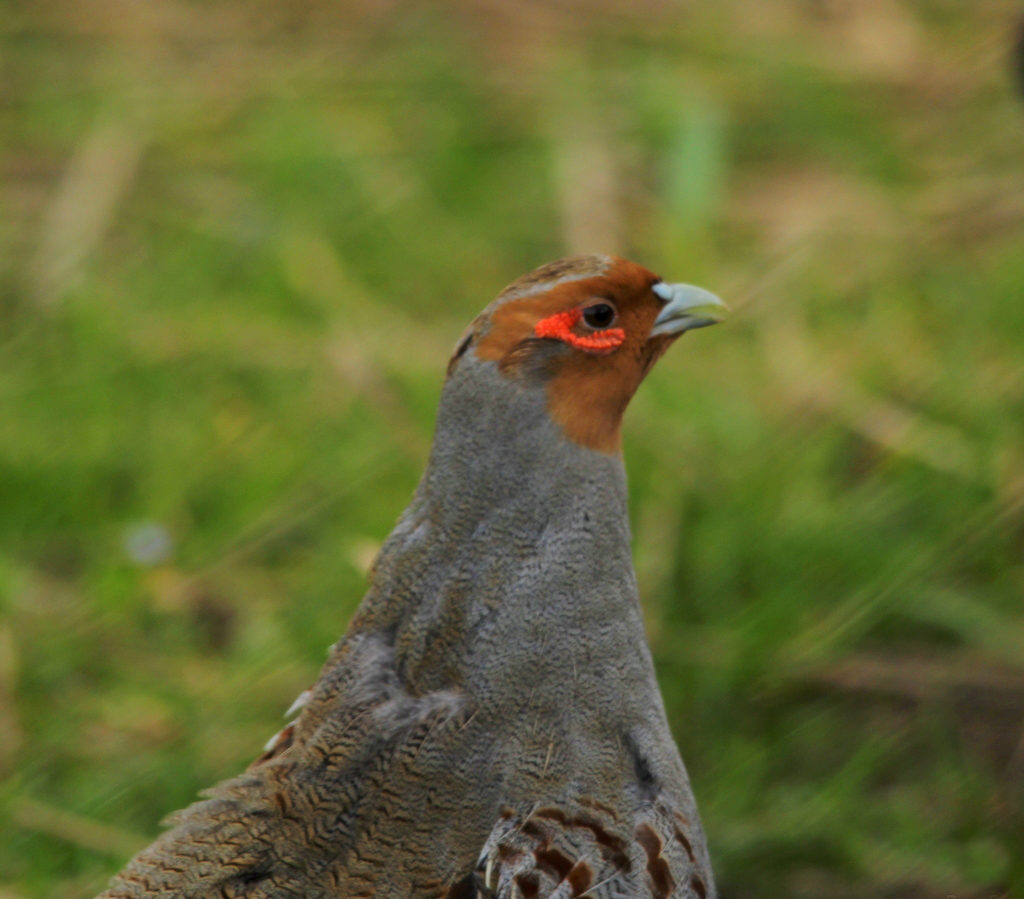 At 29-31 centimetres in length the partridge is smaller than the pheasant. It is a plump bird with a small head and short legs. The plumage is mainly brown with light and dark streaks. The face is reddish-brown and the neck and breast are grey. A black horseshoe-shaped patch on the belly is more obvious in males than in females. The bill is greenish-grey and the legs are grey. The tail is short and the wings are short and rounded.

Partridges walk with a crouched posture but will run with the head held upright if alarmed. Partridges are rapid flyers with intermittent periods of gliding.

Partridges feed mainly on seeds and leaves but also take insects, larvae and caterpillars. Outside the breeding season flocks of up to 15 partridges (known as “coveys”) can be seen feeding together, especially at dawn and dusk. 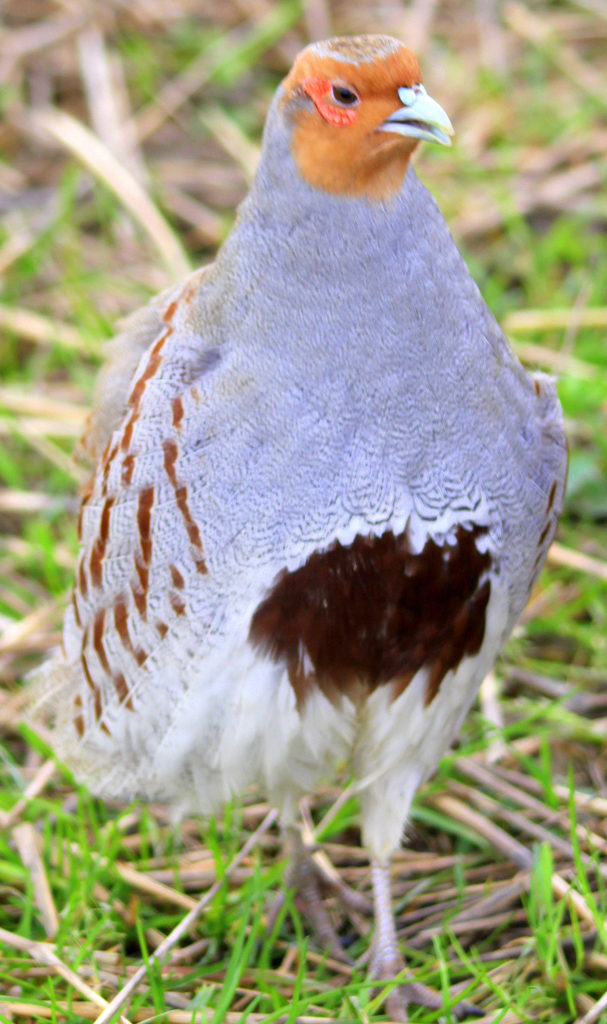 A partridge nest comprises a scrape in the ground, in thick cover, that is lined with leaves and grass. It is not unknown for two females to share the same nest. A large clutch of eggs – sometimes more than 20 – are laid in April or May. Incubation is by the female alone and takes up to 24 days. After hatching, the young soon leave the nest and are able to feed themselves. Although they take around 100 days to reach maturity, they are able to fly – if necessary to escape danger – after about 15 days. Young partridges stay with their parents until after their first winter.