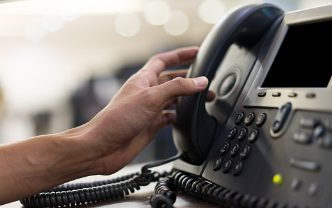 On the old-time public telephones with a rotary dial, the dial wouldn’t operate until you put a coin in. This was inconvenient for people who didn’t have a coin and wanted to make a collect call, so an extra contact needed to be added that closed when you turned the dial all the way to ‘0’, which made the dial connect so that you could call the operator. Since it would also be useful to be able to make emergency calls without first dropping a dime, the contact was placed at the ‘9’ position, so that either a ‘9’ or a ‘0’ would turn on the dialler. The ’11’ was then picked because these digits took the shortest time to dial, and you might be in a hurry if flames were licking around your ankles.

In Britain and some other places, the emergency code was ‘999’ for the same reason, except that the phones were less sophisticated. They didn’t remember that the first digit had been a ‘9’ so the dial switch had to be operated every digit. British people were trained to “keep calm and don’t panic” and wait for the longer ‘9’ dial period, even though the flames had reached their knees.