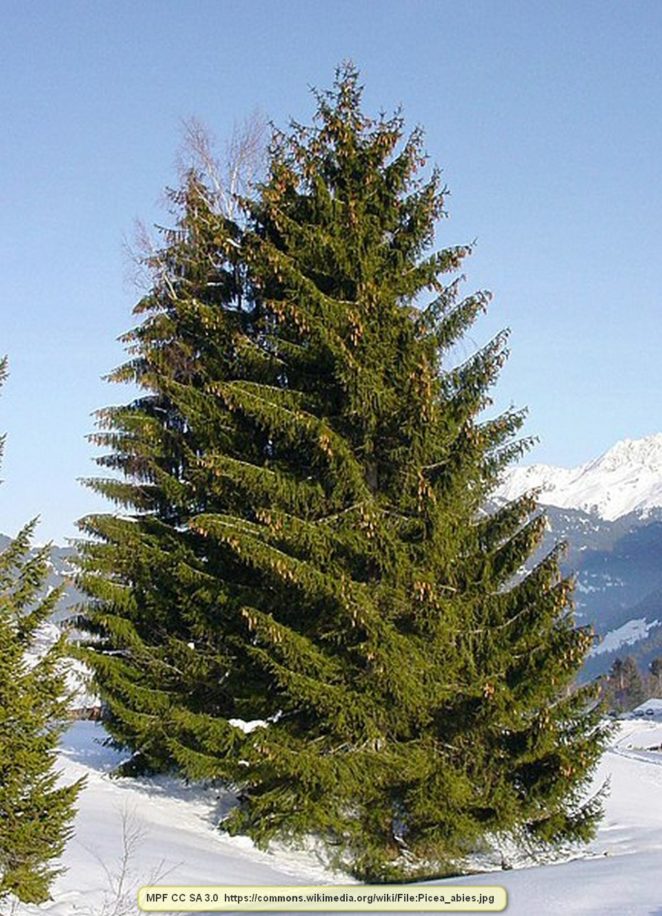 Most people probably know that in order to figure out the age of trees, botanists will often count the growth rings. While this is valuable in giving a general idea of how old the tree is, it definitely isn’t accurate, though.

The reason is easy to understand. When a tree is vigorously growing, the cambium or inner bark is producing bark on the outside of the cambium and usually light-colored wood on the inside. This creates a light ring around the wood of the tree. When the vigorous growth stops, such as when a tree becomes semi-dormant in the winter, the cambium still produces wood on the inside, but it is usually more tightly packed and dense. It also has a darker color. These are the rings that are counted to determine the tree’s age.

The problem is that various things can slow down or stop the period of vigorous growth or cause it. For example, suppose that the winter in a particular area is especially bitter; -30° to -40°. The growth of a tree in these conditions slows way down and the wood that is produced is dark, creating a dark ring. Now, suppose that the temperatures warm up for the entire month of February to several degrees above freezing. The natural response of the tree is to put forth a spurt of rapid growth, which begins to create a light ring. If temperatures in March again fall to -30° to -40°, the tree growth slows down or pauses, again creating a dark ring.

Subsequently counting the tree’s rings will result in the tree appearing to be a year older than it really is because it produced two light rings and two dark ones in the same year.

It isn’t just the temperature that can cause this, either. During periods of drought, the growth of the tree slows down and becomes rapid again when the conditions again become damper. Forest fires can also impact this growth cycle.

Thus, the tree rings aren’t accurate, beyond giving a general idea of how old a tree is. To determine the accurate age, botanists must turn to other means, such as carbon-14 dating.

In 2008, a spruce tree in Sweden was discovered that is reputed to be the world’s oldest tree. Carbon-14 dating indicates that it is 9,550 years old, more than twice as old as the previously oldest known tree, which was a bristle-cone pine in the US. The picture is of a spruce tree, but not the ancient spruce found in Sweden.