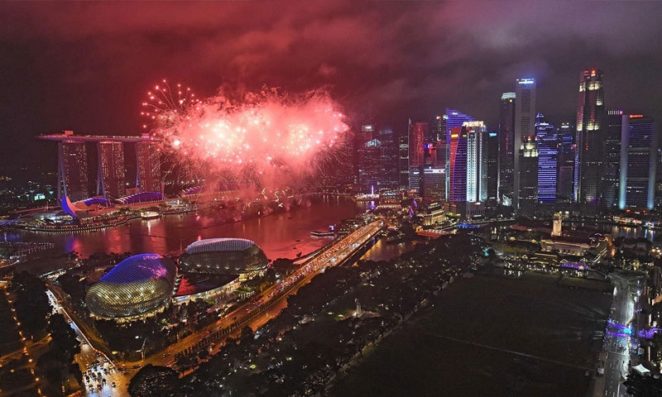 After the Continental Australia, the year 2020 will begin in Japan, followed by the beginning of the new year in nearby countries including South Korea. After south korea , the new year will reach Japan, North Korea, the Philippines, China, Indonesia, Thailand, Myanmar, Bangladesh, Nepal, Sri Lanka and India and after 30 minute in  Pakistan.