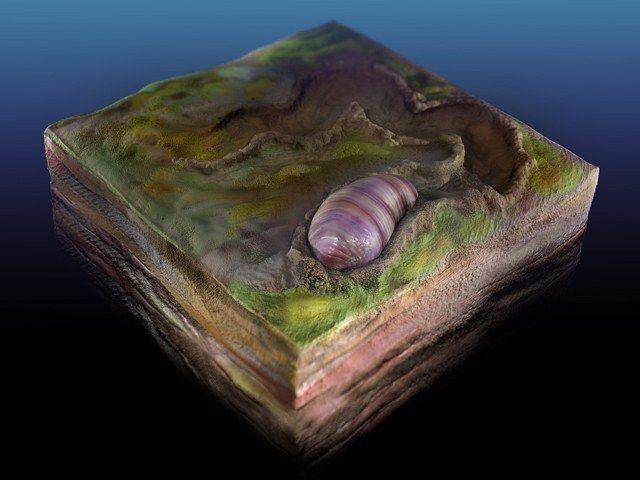 An international experts team has discovered an animal artifacts in Australia that was found some 55 million years ago, and can be described as the inventor of all existing animals.

This animal, called “Ikaria wariootia”, was like a crab, 2 to 7 mm in length and 1 to 2.5 mm in width. Possibly his body was also quite soft and he use to making clay for live in the mud.

It is also termed as a “regular animal” because it contains the front and back body, two balanced (diametrical) aspects of the digestive tract (for digestion and removal of food).

Even before this, there have been discoveries of animals that are 80 million years old and that resemble existing animals in their physical structure. However, they cannot be called purely animals. But it is the first living organism that can truly be called the first evolutionary member of the animal kingdom, the first “regular animal” in the world.