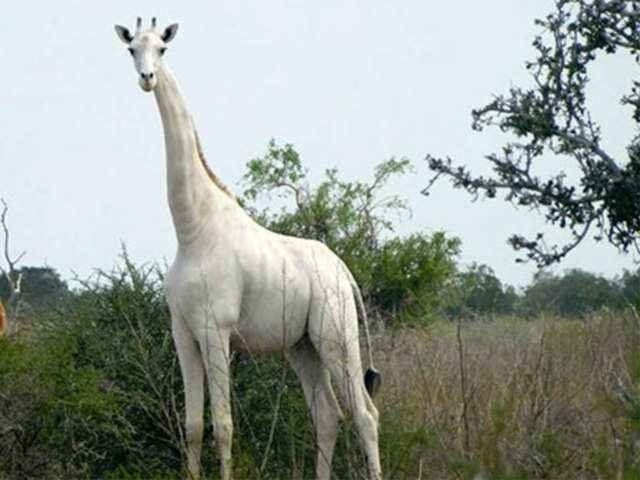 The giraffe is currently based in Gracia, eastern Kenya, and its movements are being monitored. The name of the community living here is Isaac Bani who takes care of it. ۔ Ahmed Noor, a member of the community, said that this time the rains have increased the greenery, which will be enough for the whites male giraffe.

In Kenya, a white female giraffe and her baby were killed in March this year. In Kenya, giraffe enemies kill them for meat and skin. When white giraffes develop a condition called leucism, they turn white and their eyes darken, and they can be felt from afar.