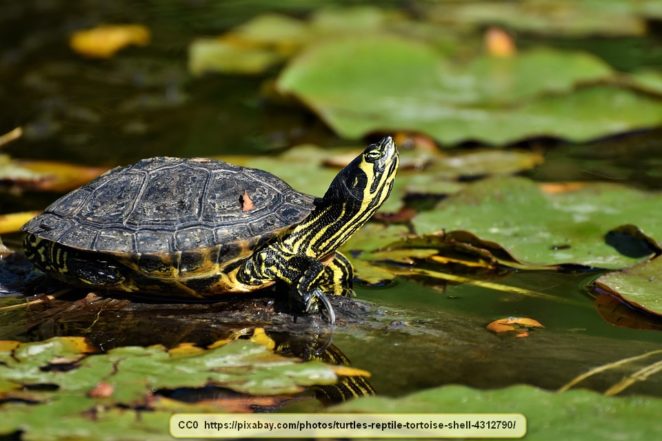 I recently received a question in regard to what happens when a turtle outgrows its shell. This is actually a valid question, though it is based on a false assumption, and it occurs to me that many people may not understand how turtles grow.

Most people know what turtles are. They are cold-blooded reptiles that are typified by having a top shell, called a carapace, and a bottom shell, called a plastron. The shell can be hard or soft, depending on the species of turtle.

As a turtle grows larger, the backbone and ribs grow larger, just as they do in all vertebrate animals, including humans. In the case of turtles, this means that the carapace and plastron both simply grow larger, as well.

Turtles don’t and can’t shed their shells anymore than a person could shed their backbone and ribs. They are permanently part of the animal throughout their entire lives. Crayfish, insects, crabs, and other animals that shed their shells or outer covering have exoskeletons, meaning that the skeleton is on the outside of the body. Turtles have an endoskeleton, meaning that the skeleton is internal. Although the carapace and plastron are visibly on the outside of the animal, both are still part of the endoskeleton.

That is the false assumption; that the shell of a turtle is purely external and not solidly connected to or part of the skeleton of the animal. Unlike in the cartoons, turtles never leave their shell and they can’t do so. They would have to lose their ribs and backbone in order to leave the shell and that would be fatal.