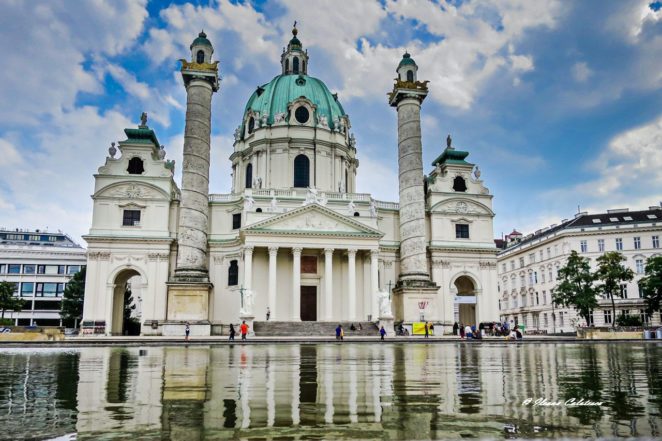 An emblematic building for Vienna, St. Charles’s Church was built by Emperor Charles VI (1685-1740) one year after the last great plague epidemic in the 19th century. He pledged to build a church for his namesake patron saint, Charles Borromeo, who was revered as a healer for plague sufferers. The church was designed by the Austrian architect Johann Bernard Fischer von Erlach (1656-1723) and built between 1716 and 1737