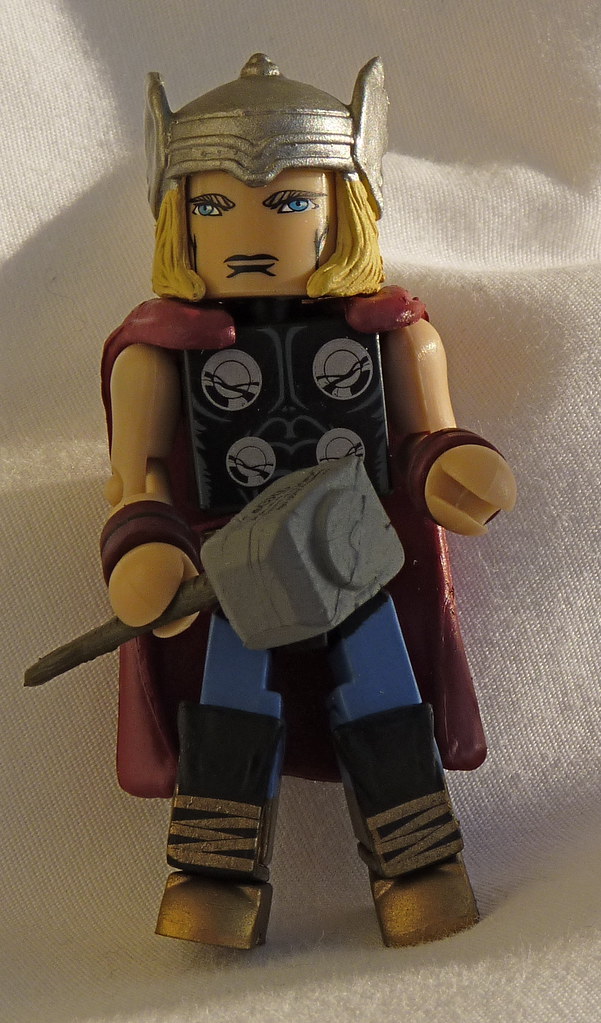 Norse mythology was alive and well in what is now Scandinavia (Denmark, Sweden, Norway and Iceland) until the 10th and11th centuries, which is when Christianity finally ousted Paganism in the region. Many of the myths told of the doings of Thor.

Thor acted as the protector both of gods and men, sometimes appearing to be the equivalent of Heracles/Hercules in the Greek/Roman pantheon, and sometimes substituting for Zeus/Jupiter.

Thor was widely venerated as a thunder and lightning god, as well as the weather in general. His popularity can be seen in the many Scandinavian personal names that incorporate his name, such as Thorlakr and Thorleifr.

In southern Germanic areas Thor was known as Donar, the Anglo-Saxons called him Thunor, and in Viking Age Britain (8th to 11th centuries) he was Thur, which is why the day after Wednesday is Thursday!

Thor was seen as the protector of pagan people against the spread of Christianity, which is why Thor and his hammer often appeared on pagan gravestones.