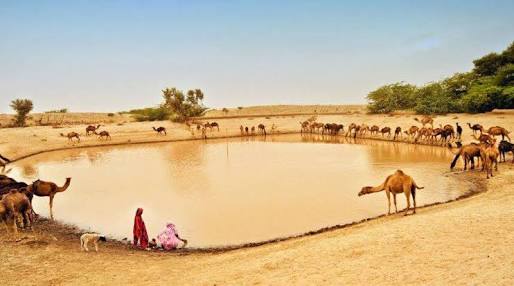 Sindh’s landscape consists mostly of alluvial plains flanking the indus river , the Thar desert in the eastern portion of the province closest to the border with India, and the Kirthaf mountains in the Western part of Sindh

Tourist sites include the ruins of Mohenjo-daro near the city of Larkana, Runi Kot, Kot Deji, the Jain temples of Nangar Parker and the historic temple of Sadhu Bela, Sukkur. Islamic architecture is quite prominent in the province; its numerous mausoleums include the ancient Lal Shahbaz Qalandar