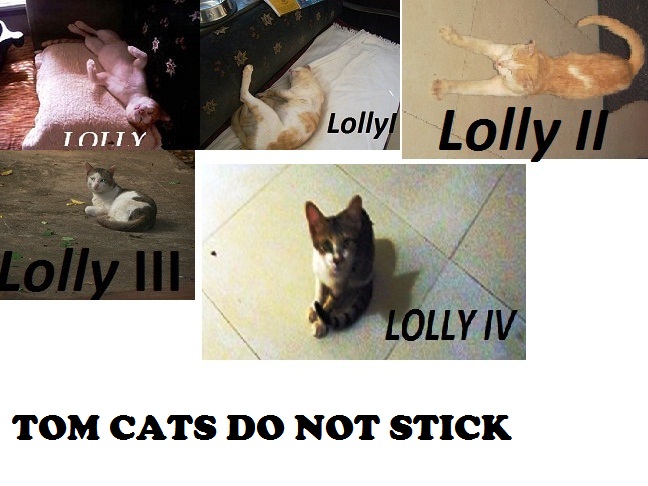 The first Lolly belonged to our neighbours where the little girl in the house used to smother it.  Her mother gave it to us. He lived with us for a long time but left us to return after 3 years.  Preiti who was friends with him earlier did not accept him and so he left us again.

The second Lolly came with great wounds.  We tried to cure him but did not come back after the Vet gave him his injection.

The third Lolly decided to go without giving any reasons.  The fourth Lolly had a big fight with another cat and came back almost half dead.  He did not let us touch him.  He went off.

And the last one – the most gentle, kind and loving has just left us but we hoping he will return.

Such is the plight of feral tomcats. Do not stay.