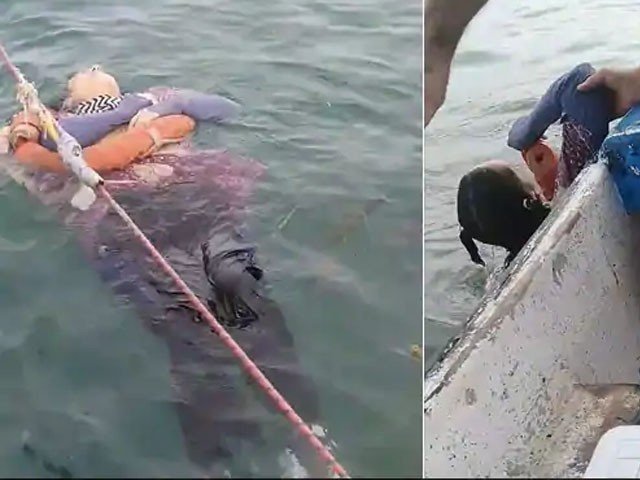 The incident took place in Colombia, where a 46-year-old woman had been missing for two years but was now found by a fisherman floating on wood in a coma.The fisherman Ronaldo saw a board floating in the middle of the sea with his friend. When he approached, he saw that it was not a board but a woman.

Fishermen pulled the woman out of the water and provided medical assistance. After regaining consciousness, the woman said that she had jumped into the sea with the intention of committing suicide two years ago. What happened after that? she don’t know, my God doesn’t want me to die right now.

When the woman’s video went viral on social media, her daughter was contacted and said that she had not seen her mother for two years, she had gone somewhere and not return till today.

After the video went viral on social media, people praised the fisherman’s philanthropic move and objected to the woman’s statement, that it is not possible for a woman to be floating in the waves for two years because their clothes, skin color, health are all telling that they have been missing from their home for two years and have recently jumped into the sea.