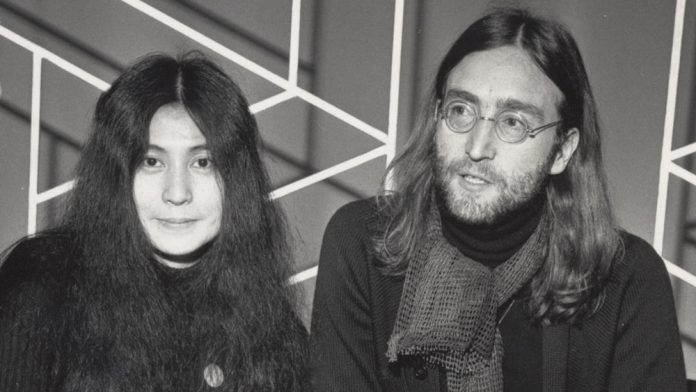 Yoko Ono celebrated her 88th birthday yesterday. She is one of the most famous Japanese artists and women to win the famous group “The Beatles” John Lennon.

She was his second wife, and they met in 1966, married three years after, and his death in 1980 ended their marriage. After him, Yoko was no longer married.

In 1966, John noticed in one gallery her famous exhibit called “Ceiling Painting”. Yoko said their meeting was random and she didn’t know at the time who Lennon was, but the gallery owner said she told him to invite one of the Beatles to the exhibit.

They quickly started a love affair and he left his first wife Cynthia because of Yoko. The wedding ceremony lasted ten minutes.

Lennon’s aunt Mimi called Ono a “poisonous dwarf,” and members of The Beatles Paul McCartney, Ringo Starr and George Harrison refused to attend the recordings of the group and the record label’s meetings.

– John met with Yoko and brought her to record a group in the studio. It seemed a little intrusive to us, she with us while we were recording. Looking at the situation from today’s perspective, the man was actually absolutely fascinated by it. John wanted us to respect her, and we did, ”McCartney said at one time.Yoko, as many people close to the musician say, had a bad influence on Lennon. She was a heroin addict, and just when John was about to start a new life, he became involved with her and started using heroin again. They were drugging together. It is also rumored to have played a key role in the breakup of the Beatles’ celebrities.

Born in Tokyo, Yoko Ono has been a pacifist and anti-racist activist since the 1960s.