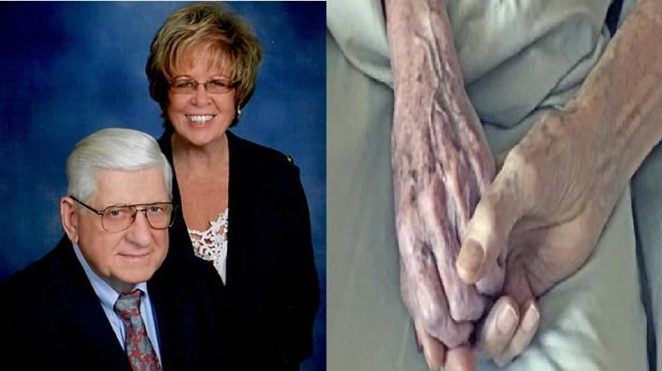 Ohio: The elderly couple in America prove that love is still alive, and set a new unique example of leaving this world. Elderly couples 64-year-old love journey ended with holding hands of each other and kept their promise to live and die together.

On the last day of their life, the couple, who have seen the death closely, had their beds closed to each other. There was a 4-hour interval between the both deaths.

88 year old Bill  lived with his 85-year-old wife, Nessie, in an old home in Worcester, Ohio. They had no children.However, Bill had 12 siblings who have many children of their own.

Funeral services were held on January 2 at the local church ‘Marry Catholic Church’ and hundreds of people attended, 200 of them were from their family. This is the church where the aforesaid couple used to go here for worship only after marriage.

Bill was a labor by profession while his wife was a banker.