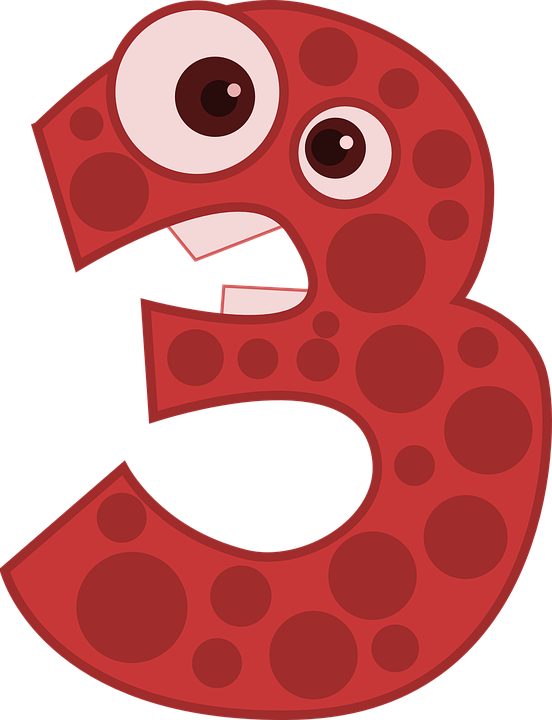 There is no limit where No. 3 comes in my life.

Mother always gave us 3 of any snack she prepared.

The  games teacher counted  up to 3 before the race began. And this I notice is a norm even now where sports are concerned.

My pressure cooker whistles thrice before the gas is put off.  I apply shampoo thrice to my hair. Rinsing of clothes is also done thrice.  My doctor always says I should take those pills thrice a day specially if they are antibiotics and same applies to homoeopathy remedies – always thrice a day

The only thing I do not observe is having three meals a day which is universal.  I do not have dinner in the night but have early snacks and a hot mug of milk to which honey is added. My rice potions are always 3 spoons.  Now that I have switched over to large mugs I add three teaspoons of sugar in my tea.

I used to give 3 biscuits to Preiti and if I missed the count she would look at my hand till I gave her the third one.   I had to repeat my orders thrice before she decided to take them.  If I  asked her to sit down I had to  say that thrice.

I have observed the power of 3 in situations around me.

What I have observed is even winning trophies is counted with first and second runners up. In other words three are awarded.  Then there are those failed attempts where one is given three chances to try their luck.

And yes.  There are three seasons.  Nature too it appears likes the number 3. There could be many more situations where number 3 gets importance.  I am not a techie and I am sure in the technical world or even while doing scientific research no. 3 could be playing a significant role.

I wonder if criminals release 3 shots before their victim is killed although we hear gruesome stories of them releasing bullets countless number of times.