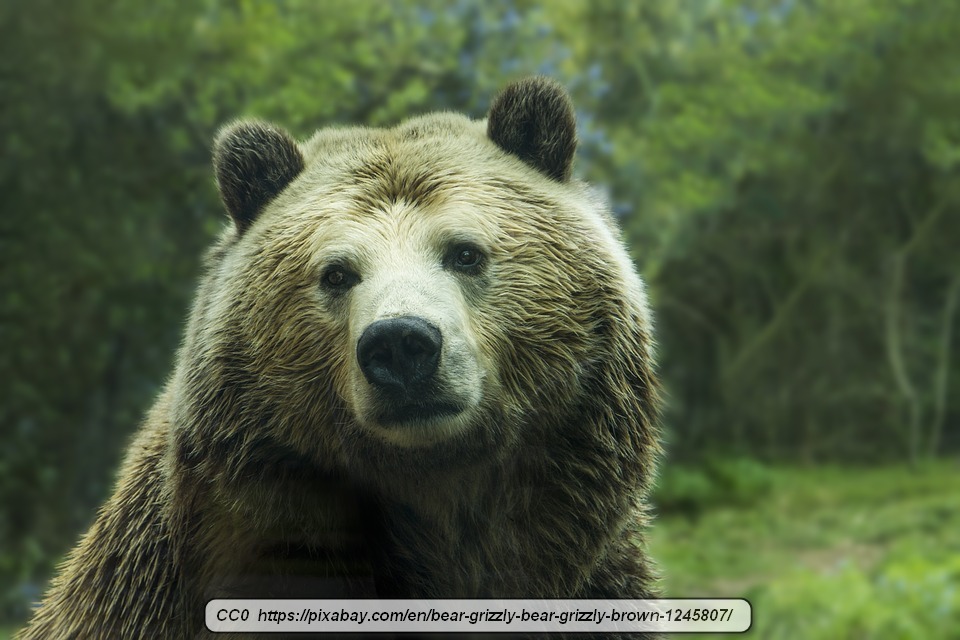 In North America, there are primarily two species of bears; grizzly bears (Ursus arctos horribilis) and black bears (Ursus americanus). Grizzly bears are a subspecies of the Alaskan Brown Bear or Kodiak Bear (Ursus arctos) and the only other bear species naturally occurring is the polar bear (Ursus maritimus) that lives mostly in the arctic circle of Northern Canada and Alaska. The two bears that are most likely to be encountered in the lower 48 states are black bears and grizzlies. How do these bears differ? 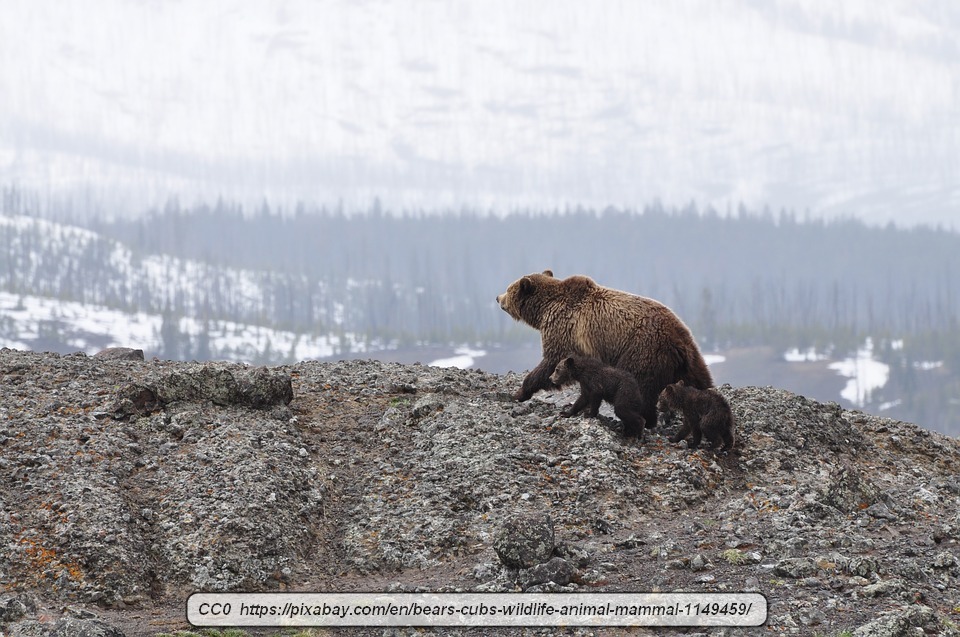 It should first be mentioned that if you see a bear in the wild in the US, there is an excellent chance that it will be a black bear. At one time, some estimates say that there were over 10,000 grizzly bears south of the Canadian border, but currently, the number is probably about 1,500 grizzlies, nearly all of them living in Montana, northern Idaho and in Northern Wyoming, especially in the wilderness of Yellowstone National Park and surrounding areas. There may be as many as 20 grizzlies in Washington state, but grizzlies are rare in other states and are an endangered species.

At one time, there were grizzlies in Oregon, California and as far south as Mexico, but they are now absent or exceptionally rare in these areas. California grizzlies and Mexican grizzlies, which are considered to be slightly different subspecies, have both become extinct within the last 200 years.

On the other hand, black bears still occur from Canada to Mexico and from the Pacific coast to the Atlantic. Although there are separate subspecies of black bears, such as Florida black bears and Spirit bears of British Columbia, the black bear range is vast and their numbers are large. Some estimates indicate that there are over a half million black bears within the US. For apex predators, this number is quite large and black bears are a species of least concern because of it.

Thus, if you see a bear in the wild in the lower 48 US states, it is most likely going to be a black bear, particularly if you aren’t in Montana, Idaho, Washington or Wyoming. 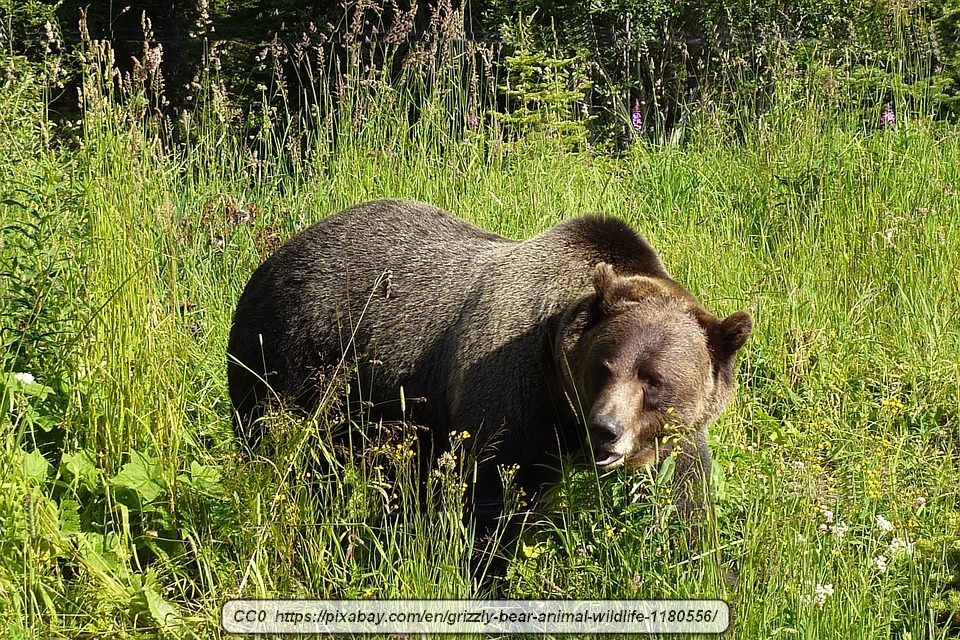 At a distance, it can be hard to tell the difference between black bears and grizzlies. However, Grizzlies are quite a bit bigger than black bears. Typically, an adult male black bear will weigh between 200 and 500 pounds (largely depending on location and time of the year), while the sows usually weigh about a third less. Occasionally, there are far larger specimens, but black bears are relatively small. Black bears usually stand about three feet or less at the shoulder again with occasional exceptions.

Grizzlies often weigh closer to 1,000 pounds and there are reports of grizzlies exceeding 1,500 pounds. Large grizzlies can be close to five feet tall at the shoulder and are usually bulkier than black bears. 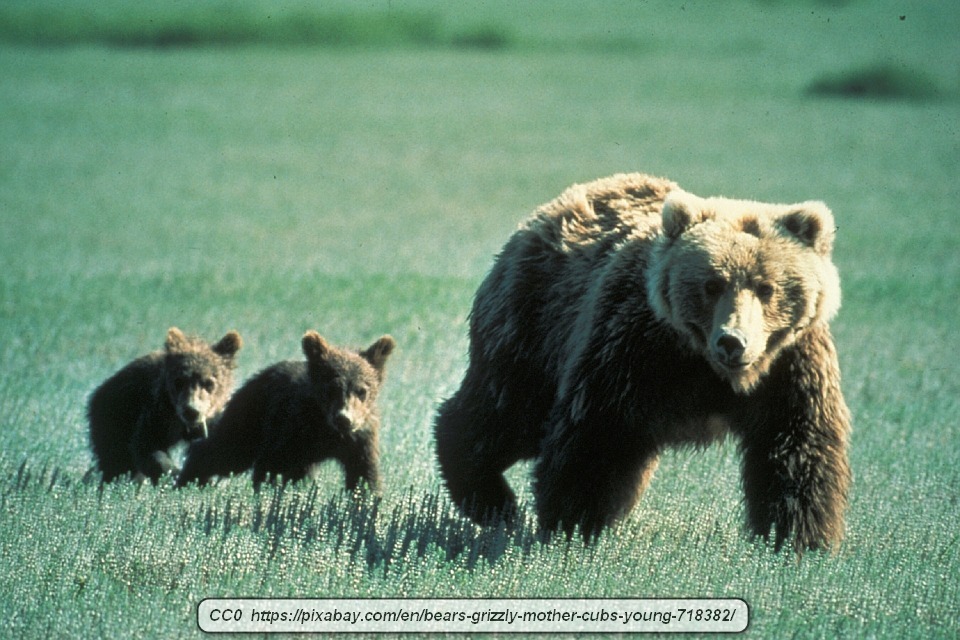 Black bears are more variable in coloration. Individuals may be black, brown, red (cinnamon), buff or white. Spirit bears, in fact, get their names mostly from the fact that most of the group are entirely white, except for their noses, eyes, and the pads of their feet, though they aren’t albino.

Grizzly bears tend to be dark brown to black, with long guard hairs that are grayish, becoming more pronounced with age. In fact, it is from this that they get their common name since they have a grizzled appearance. It is this trait that gives them a second common name, too; silver-tip grizzlies. A silver-tip grizzly is an adult grizzly. 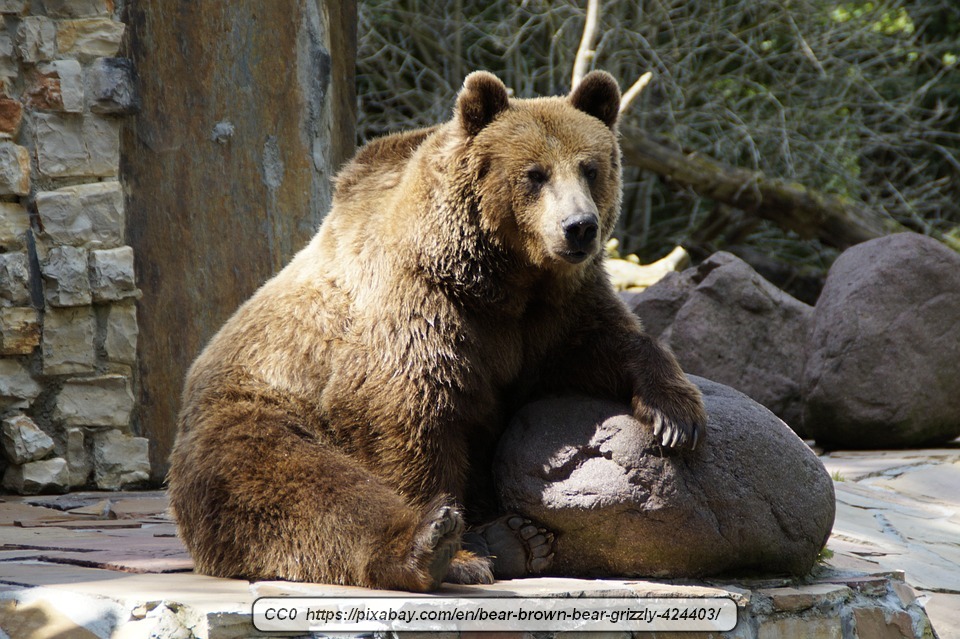 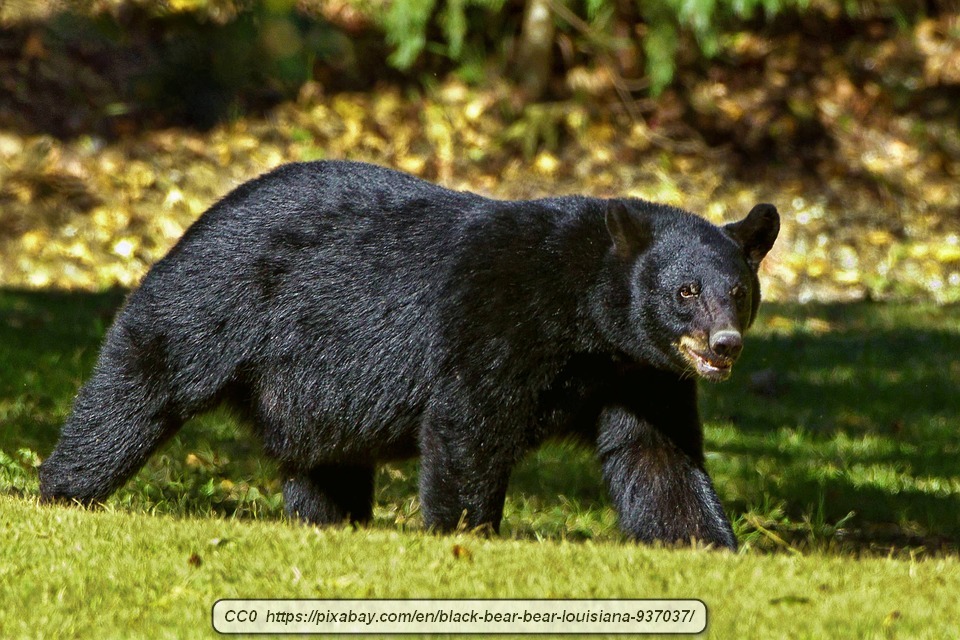 (As a side note: Of all the pictures in this article, the above is the only one that isn’t a grizzly. The picture above is of a black bear.)

These bears also have a lot in common. Both are omnivores, eating plants, meat, and carrion. Both have color vision that is about as good as a human’s. Both have an extremely powerful sense of smell and very good hearing. Both are major predators. Both walk with an awkward looking, duck-footed sort of gait.

How they walk is quite interesting, in fact. Unlike many animals that step alternately with right front and left rear, left front and right rear, bears walk with right front and right rear, left front and left rear. This isn’t unique in animals, but it isn’t common and it gives bears an ambling gait that looks deceptively awkward. Bears are actually sure-footed and they can move with great speed. Black bears have been clocked at over 30 miles an hour.

Both bears will occasionally stand on their rear feet, upright like a human. This gives them a better field of view. A grizzly standing on its hind legs has its eyes as much as nine feet off the ground. One difference between the two bears, though, is that a grizzly will often stand on its rear legs as a threat display. Incidentally, grizzlies have another threat display, too. If they are angered, they will often swing the head from side to side while also rocking from one front foot to the other. If you see a grizzly doing this and they are within 100 yards, you have a good reason to be extremely concerned.

Black bears and grizzlies aren’t all that hard to tell apart if you know what to look for. They are majestic animals possessing enormous strength and speed. They are quite similar in a lot of ways, but they are distinctly different in others. They are both worthy of a great deal of respect rather than fear. 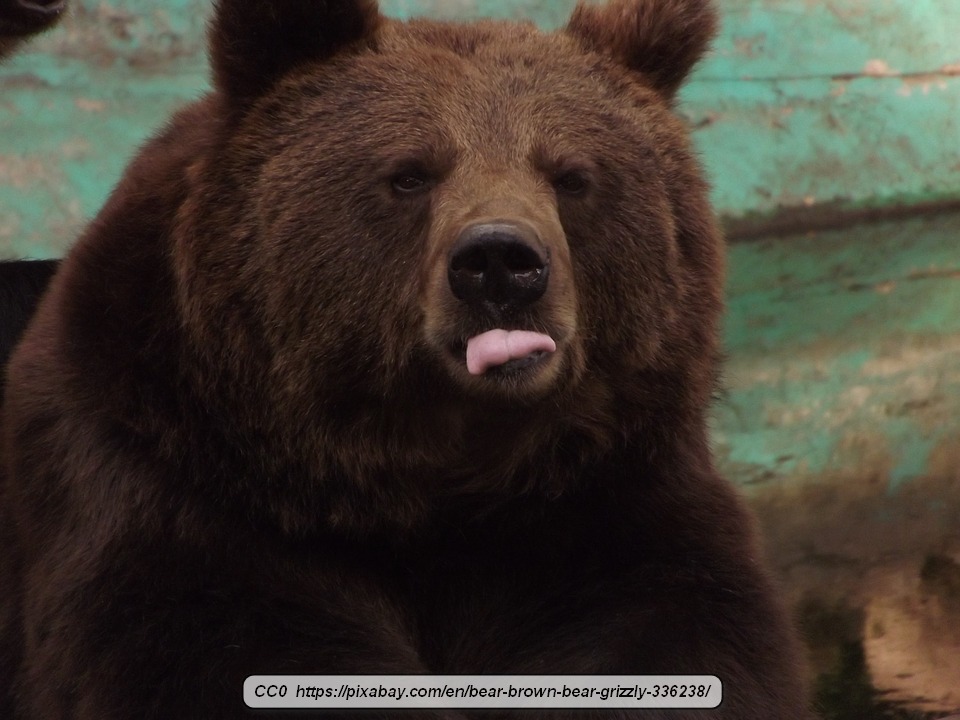