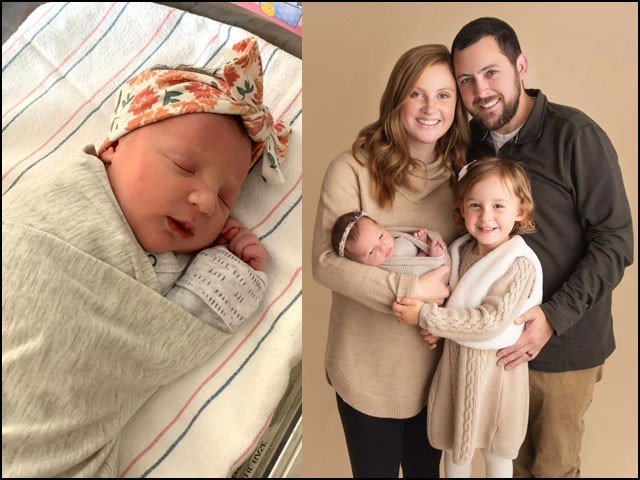 A 28-year-old girl born in the United States is in the trending news these days, because it was frozen in October 1992 when it was not born but began to develop in the form of an immature embryo. Pregnancy, which is the union of a man’s sperm and a woman’s egg, is called an “embryo” in the very early stages.

This stage starts from the fifth week of pregnancy and continues till the tenth week. The baby girl named “Molly Everett Gibson” born in the US state of Tennessee was carefully frozen at the embryo stage. Which was transferred to Tina Gibson’s womb in February this year after freezing. The pregnancy finally gave birth to Molly Everett Gibson, who weighed 6 pounds and 13 ounces on October 26.

Interestingly, the embryos of these two girls were submitted to the National Embryo Donation Center by an unknown American couple 28 years ago today because they did not want to give birth to these girls and did not want to lose these two embryos.

According to the Christian faith, a “soul” is present in a human being from the first day of pregnancy, so destroying an immature fetus or even earlier early fertile cells is no less than killing a human being. The National Embryo Donation Center in the United States also aims to prevent fetal loss.

The embryos are stored in a liquid nitrogen environment at a temperature of about 238 C to preserve them for a long time.The fact that the embryo is frozen for so long after it has been frozen, that is, when it is brought back to normal temperature, gives birth to a healthy baby is raising many questions in itself.

On the one hand, new facts are emerging about the “hard soul” of man, and on the other hand, it is astonishing to the scientists themselves why this happens. They don’t know anything about it yet.