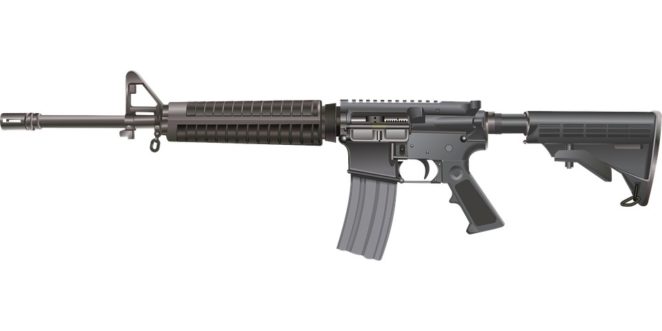 It isn’t surprising that the media and other anti-gun groups in the US have been trying so hard to vilify the rifle called the AR-15. They use scare tactics in order to do this, and they won’t let the facts get in the way of scaring the public. So what is the truth about the “big, bad” AR-15 that they won’t talk about?

First of all, the AR-15 is neither an ‘assault weapon’ nor an “assault rifle’. “Assault weapon” is a made-up term the press came up with to scare people. By definition, since words really do mean things, an assault weapon would be any weapon someone could use or have used to assault another person; rocks, clubs, fists, frying pans, knives, butter knives, forks, a foot…the list is almost endless. Anything that has ever been used to assault someone would be a weapon and contrary to the opinion of some people, this term is meaningless.

Assault rifle, on the other hand, is real and this is a military term to describe a rifle that can be switched from semi-automatic, to burst, to fully automatic. It has been against the law in the US to own an assault rifle or any fully automatic firearm since 1986 unless the person is a certified gun collector. To get a certified gun collector license requires an extensive and expensive background check that takes about 2 years to complete.

Not only does an AR-15 not have the means to switch between semi-automatic to burst or automatic, but it has also never been used by the military. In fact, though it looks ‘big, bad’, it is neither. It is simply designed to look like the military equivalent, which is an assault rifle; the M16. An M16 can be switched from semi-automatic to fully automatic or burst.

In truth, an AR-15 is no more dangerous than the .22 semi-automatic rifle I owned many decades ago. An M16 is considerably more dangerous and was used by US troops in the Vietnam war. It is illegal for a civilian to own one.

It might also be surprising to know that no fully automatic rifle has been used to commit a mass-murder in the US in the past 50 years; not one. In fact, very few murders are committed even with a semi-automatic.

An AR-15 was designed to look bad, but it isn’t. This is primarily cosmetic. It would be similar to taking my old Dodge Neon and replacing the body with a Ferrari body. It would look like a Ferrari, but it would still be a Dodge Neon.

Some politicians have their eyes set on banning the AR-15. This would do absolutely nothing and the political stance is made only to try to get votes. Politicians are well aware that banning this gun wouldn’t do anything at all. They also know that the problem with gun violence isn’t the gun, but rather the violator; the person who is using the gun. If they honestly wanted to do something about gun violence, that is where the entire focus would be placed.

For the record, I don’t own an AR-15 and wouldn’t. It is clumsy, inaccurate, and wouldn’t suit my needs as a deer rifle, which is the only reason I’d own a rifle. Make sure to read these AR-15 scope reviews. Even if I was to hit a deer with one, the chances are good that it wouldn’t even knock the deer off its feet. Still, it is the most popular sporting rifle in the US and it is often given a bad and fictitious reputation.