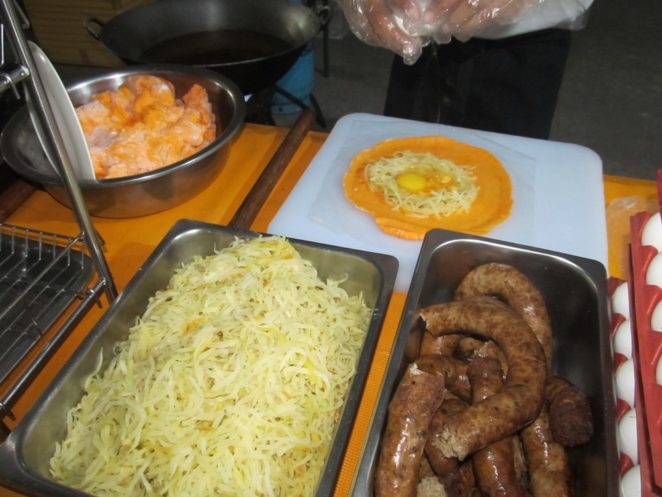 The popularity of the street food was tainted by the hepatitis scare years ago. It was not just a scare but a documented one. Many were afflicted with hepatitis that was suspected to be caused by contaminated street food. In fact, the daughter of a city mayor died of the disease owing to the street food.

The allure of the street food now is the cooking. They cook the street food right on the sidewalk so the buyer can have the food hot and sizzling which means it is not dirty, no contamination and no risk of disease. That’s pretty good because in the recent years there was no reported case of food poisoning or disease.