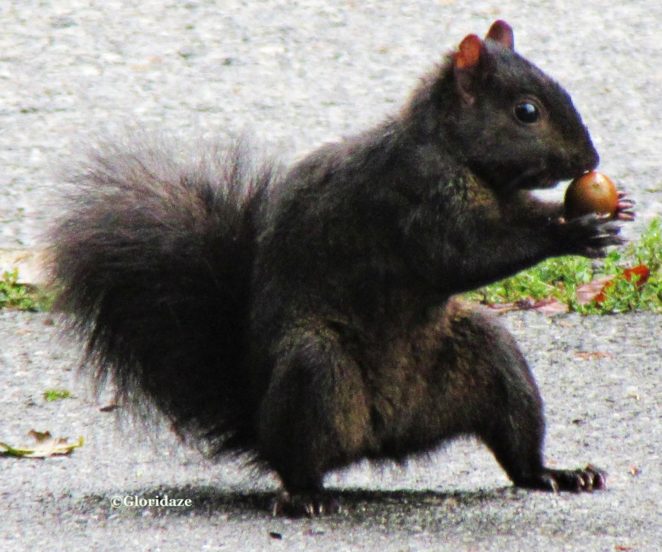 I was visiting Vancouver, British Columbia in Canada when I stopped to take some photos in a park. On my way back to the car, I saw this black squirrel. This is an unusual sight for me as we have only brown and grey squirrels in our part of Canada. Black squirrels are the result of a rare mutation of the fox squirrel and the eastern grey squirrel.