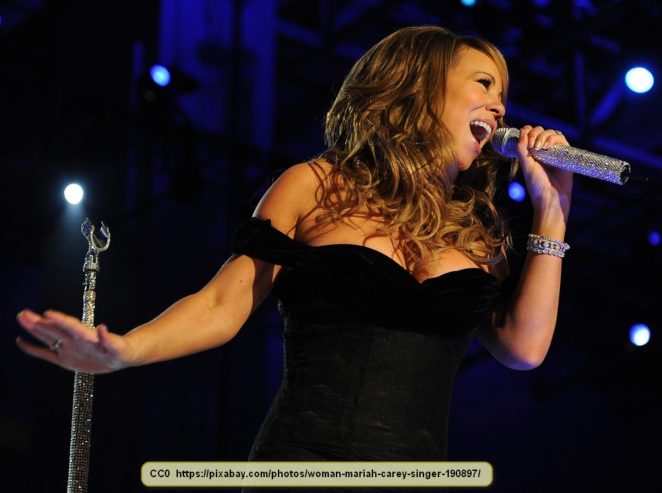 I can’t stress this enough and although I’m not a voice coach, many excellent voice coaches say exactly the same thing. Talent can make it easier and a bit faster, but it is not required. What is required, though, is knowledge, a strong desire to sing better, and practice.

This one truth is probably the one thing that holds many people back. They give up without even trying. If you give up because of a fear of failing, you are making a self-fulfilling prophecy because you’ve failed before you’ve even begun.

I’ll also admit responsibility for helping to perpetuate the lie that you need the talent to sing well. Some of the music vids that I share, I mention how talented the singer is. That isn’t necessarily true. They may be no more talented than anyone else but have honed their musical instrument, their voice, to the point that the result is stunningly beautiful.

Think of it this way, a fantastic marathon runner isn’t born with the ability to run the marathon. They must learn how to do it, including how to breathe, and they must practice…a lot. In fact, they must learn to walk before they can even learn to run. They are sometimes said to be gifted, but this isn’t the same as being talented. The “gift” that they are gifted with is a deep desire and personal motivation to become a great athlete.

This is true of singing or almost anything else. Great writers don’t need to be born with a talent for writing, they need a desire and knowledge about how to do it. Many fantastic cooks were not born with a talent to cook. They had a desire and learned the necessary knowledge to do it. A person who has zero talent and who is both tone-deaf and who has a bad sense of timing can become an excellent singer.

If this is true, why are there so many people who attempt to sing and end up sounding rather like two cats fighting on a hot tin roof? Because they don’t realize that they can become far better at singing and lack the knowledge and drive to make it happen. Singing is a skill and it is one that is learned. Having talent merely makes it a little easier to reach the point of singing well. Either way, it does require effort, just as it does to become proficient at anything else.

Later on, I intend to share some before and after videos of people who had frankly horrid voices, who became good singers by getting the knowledge and practicing. I don’t want to share that too soon because it could actually have a negative effect and it is my goal to help people to sing better if they want to. Mind you, I’m also working on having a better singing voice and I can already see a marked improvement in my own voice. Others can hear the difference, too. So I’m attempting to teach and learn at the same time here.

Still, if you don’t try, you’ve already failed and will never get better. That should be a rather sobering thought. If you answer yes to the question below, you’ve been tricked into believing a falsehood.