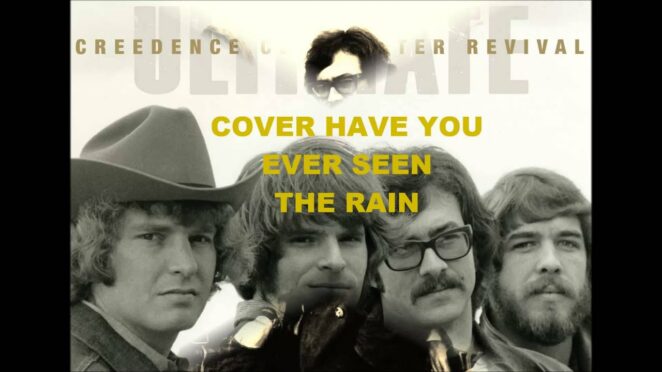 Love this song by CCR (Credence Clearwater Revival). Many hits for this group and I enjoy listening to all of them.

Sharing a song with my new series called Song of the Day. Another group from the oldies. I started listening to their music in the 1980s.

Creedence Clearwater Revival formed in the early 1960s as a high school covers band led by John Fogerty’s brother, Tom. The band solidified their place in the rock arena throughout the late 60’s and early 70’s through constant touring and a string of top-selling singles.

Through the autocracy created within Creedence Clearwater Revival towards their ‘Pendulum’ album, the band members were extremely frustrated with the band. It often led to tense situations within the band and John knew the band was not going to stay together long.

In an interview with Rolling Stone magazine in 1993, John told said: “That song is really about the impending breakup of Creedence. The imagery is, you can have a bright, beautiful, sunny day and it can be raining at the same time. The band was breaking up. I was reacting: ‘Geez, this is all getting serious right at the time when we should be having a sunny day.’”

Turn the music up and see if that helps get you through the day. Works for me! Enjoy those moments.